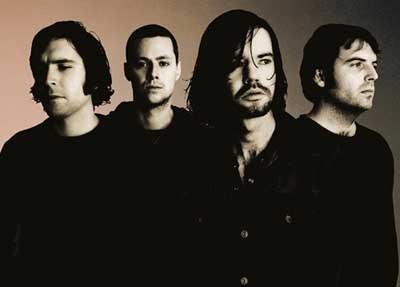 Future Kings of Spain will be perform live and signing copies of their new album â€˜Nervousystemâ€™, at HMV Grafton Street store, tomorrow 2nd October at 5.00pm

The new album follows their self titled debut album which was released in Ireland in 2003. They released a host of singles from the album including live anthems “Venetian Blinds”, “Hanging Around” and “Face I Know” (Debuting #9 UK Rock Charts) through Independent UK label, Red Flag Records. In 2004 FKOS scooped the Best New Band at the Meteor Ireland Music Awards, performed to 40,000 people at Sonicmania in Japan, toured and performed with international acts including Muse, The Strokes and Biffy Clyro.

Immediately following the completion of the new album “Nervousystem”, recorded in London and Malta with highly credited producer Ian Grimble (Manic Street Preachers/The Fall), the unthinkable happened, their UK label ran into â€˜financial difficultiesâ€™ and began delaying the release date! As soon as the band realised that the album may never be released due to the quagmire their label found themselves in, they began to fight to be freed from their contract and regain ownership of their album. The battle may have taken 18 months but the four piece are overjoyed that they can finally move forward with the release of their music through their own independent label â€œWhatâ€™s the Kimâ€ in Ireland and hit the live circuit â€“ The clouds have lifted and things look bright for the Futures!
myspace.com/futurekingsofspain
hmv.co.uk