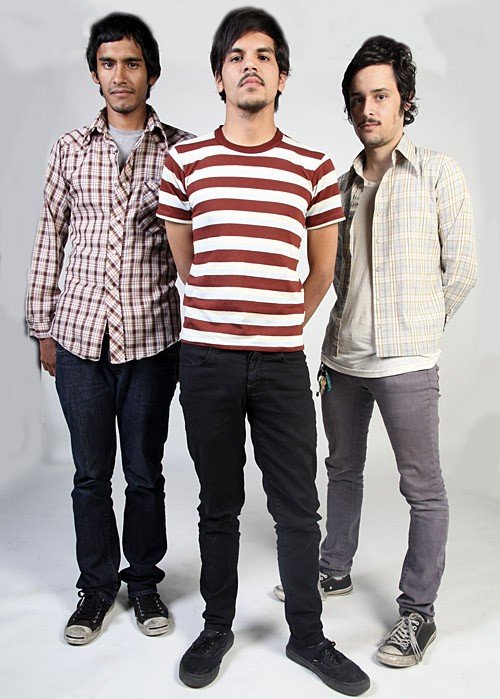 Funeral Party, a five-piece alternative rock band from the East L.A. suburb of Whittier, are fresh off a UK tour that included stops at the Reading and Leeds Festivals as well as their home city of Los Angeles.

Rising out of the East L.A. party scene, Funeral Party has made their presence known worldwide, earning a spot on NME’s 50 Best New Bands of 2010, a spotlight feature in UK’s famed Q Magazine and added to BBC Radio Zane Lowe’s “Hottest Record in the World” playlist.

Dave Sardy (Oasis, LCD Soundsystem) mixed the album, and the result, from the future indie dance classic New York City Moves To The LA Sound to the epic glam-punk of City, it’s an album that shakes your hips as well as grabs your balls. For Chad, the key track is one of their earliest songs, Where Did It All Go Wrong It’s the first song we ever had where the audience sang it back to us.

Golden Age of Knowhereis a rollicking ride and is set to make Funeral Party one of the hottest bands of 2011, and an unmissable live draw. A support slot with 30 Seconds to Mars on their UK tour will give people the first sign that they belong in front of big crowds.

We want to show people something new, and give audiences something that can remember, Chad says.
Funeral Party are here to restore your faith in rock bands.
Funeral Party
plus special guests Flashguns
Mon 31st Jan
Stiff Kitten, Belfast
Doors 8pm, over 18s
Tickets £9 from Ticketmaster and Stiff Kitten Bar