By Janelle Russell
Freemasons Debut at The PotthouseTHE Freemasons are coming to Belfast – and it is not a show to be missed. 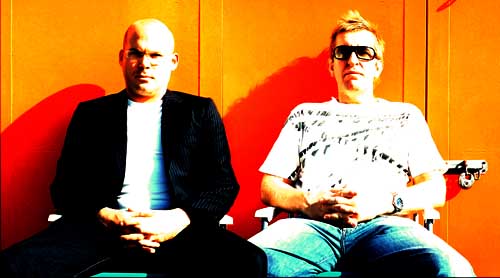 The dance act are set to wow fans when they play their debut Belfast show at The Potthouse on Sunday March 16.

After grabbing the attention of Clubland, The Freemasons’ music career kicked off with the release of Love On My Mind. To begin with, their songs were mostly restrained to UK dance floors, however they soon made the transition into the charts, becoming a force to be reckoned with.

They began to remix even more songs, proving they were anything but a one trick pony. Recently they have had top 10 hits with Uninvited and a remix of Beyonce and Shakiraâ€™s duet Beautiful Liar, which held the top spot for weeks. They have since worked quite closely with many prestigious artists such as Kylie and Kelly Rowland.They also spent 37 weeks in the UK top 40 in 2007 alone.

The Freemasons will be playing The Sugar Room on Sunday March 16.Doors open at 10pm. Admission in Â£10- first come first served.
potthouse.co.uk