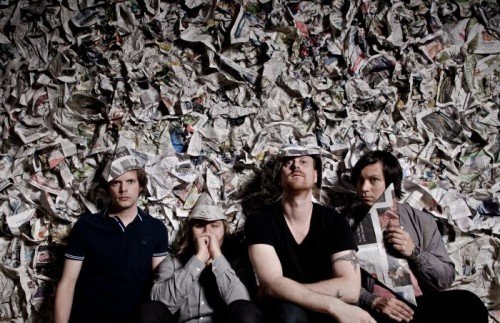 Watch the amazing hand drawn video for ‘Olympiske leker’, created by Chad Blevins:
“Behind the commercials, the celebrity focus, logistical stress and economic issues there is something quite beautiful about the concept of the Olympic Games” says Casiokids front man Ketil Kinden Endresen.

“If we really are so different, if we have to have those flags and borders, we might as well try to finish all the fighting with some rubber balls, racing around an oval lawn and see who can throw an iron ball attached to a chain the longest.”

The person that comes up with the best suggestion for a new sport to be included in the Olympics wins a copy of their recent album ‘Aabenbaringen Over Aaskammen’ (out now on Moshi Moshi) and a Gullbrød (Golden Bread) chocolate.
facebook.com/casiokids
casiokids.com