Operator Please returned home to Australia from a triumphant overseas stint in early 2008 which had seen them travel across the UK, Europe and Japan; their infectious, garage rock tunes proved to speak all languages.

While enjoying the (by comparison) holiday vibe of the Australian summer festival circuit, Operator Please started plotting the plan for their follow up release, beginning with the most intensive writing periods of their career to date. 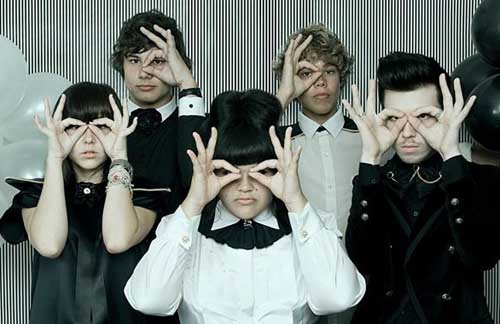 Over the winter months of ’09, Operator Please bunkered down at The Music Farm, a small studio in the isolated hills of Bangalow, Queensland. Engineer Justin Tressider was invited to the fold, with final touches and tweaks recorded in the living room of Amandah’s house. Amandah & Tim from the band self -produced the album, with mixing help from long time No Doubt collaborators Jimmy Harry and Chris Fudurich. â€˜Logicâ€™, their new single, is the first offering from the album.

This new record shows all the stains of day after day stuck in vans, playing festivals such as Splendour in the Grass, Glastonbury, Reading & Leeds Festival and The Secret Garden Party, touring and working with the likes of Bloc Party, Arctic Monkeys and Lightspeed Champion. 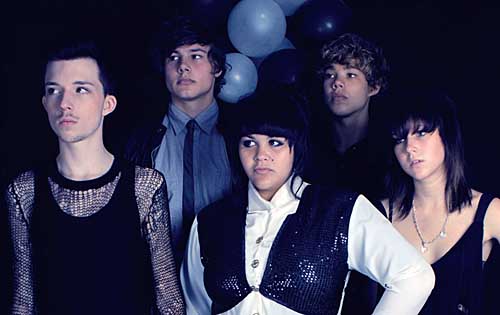 It’s confident – less angsty, but more diverse – fully embracing their pop sensibility, proving that ‘pop’ can be a very dirty word in the hands of this hardened collective.

Tim and Amandah’s production has focused on teasing out a fuller sound for Operator Please, screwing with the garage-rock instrumentation of their debut album â€˜Yes, Yes Vindictiveâ€™. The rhythms have become more predominant, the violins enrich and the sound is balanced out by heavy synths, big bass lines.

â€˜Logicâ€™ the new single is the perfect mixture of nasty and nice – a combination the band always do well – that sees a hard hitting (think Janet Jackson shoulder-pop) verse, assertively punctuated by a shimmering, elevated chorus.

Operator Please are not (all) the fresh faced teens who burst onto the scene in 2007, and not just in way of literal age. You can hear the proof in the songwriting, you can see it on the stage and in 2010 you’ll be able to hold it in your hands.