Jon Fratelli has just finished recording his as yet untitled debut solo album in LA with producer Tony Hoffer (Beck, Air, Depeche Mode, The Fratellis!) and he is giving away for free this smart Santo Domingo (Neon Trees Remix), enjoy! 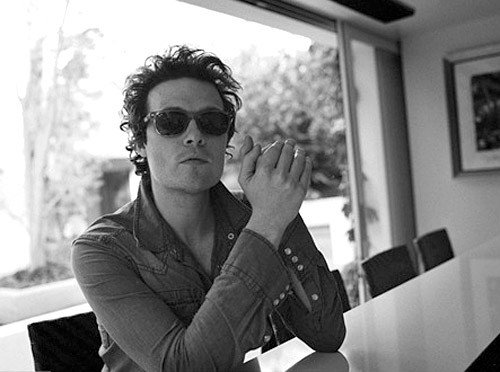 Jon Fratelli- Santo Domingo (Neon Trees Remix) by Anorak London
Jon first came to fame as frontman of The Fratellis, a trio of unruly Glaswegians whose 2006 debut album Costello Music, featuring the monster hits Chelsea Dagger, Henrietta and Creepin Up The Backstairs, sold over a million copies and earned the band a BRIT award.

The band were also successful in the US where their song Flathead soundtracked an iPod advert in 2007 and in 2010 Chelsea Dagger was taken up as a theme tune by the Chicago Blackhawks ice hockey team (who after a 60 year drought won the prestigious Stanley Cup this season!).

Without a pause for breath the band fulfilled a relentless touring schedule that took them all over the world. After touring Japan and Australia in early 2009 The Fratellis decided to take a break.

Santo Domingo is out 11th April via Island Records
www.jonfratelli.co.uk