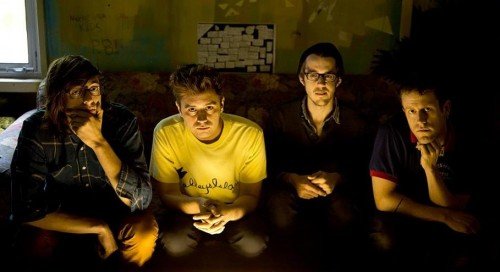 Ohio-based quartet Cloud Nothings will release ‘Live at the Grog Shop’ as limited to just 500 copies for a European release on clear vinyl. You can hear and download a 5-track sampler here:

Recorded on April 5th at the Grog Shop in the band’s hometown of Cleveland, Ohio, the vinyl-only release with contain 9 live tracks.

Recorded and mixed by James Kananen at the end of a long US tour, ‘Live at the Grog Shop’ set catches the band on amazing form, with ear-splitting performances at breakneck speeds – the tour has not left them road-weary, rather it finds them truly at the top of their game.
Cloud Nothings’ album ‘Attack on Memory’ is out now.
The limited edition vinyl live album is released on July 30th through Wichita Recordings
Cloud Nothings will play XOYO in London on August 21st.
Tickets: wegottickets.com and ticketweb.co.uk
facebook.com/cloudnothings