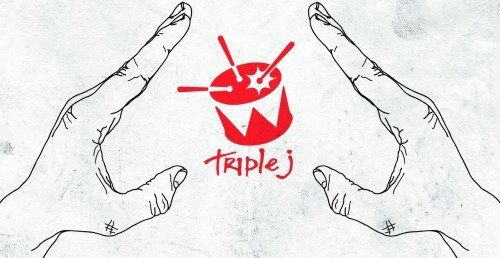 TRUMPDISCO announced this Free DJ Mixtape + 2011 European Tour and New EP, Ov Shark on Bolster Music. Trumpdisco Triple J Mix Up Exclusive by Trumpdisco
Boasting a rich history of remixes for prevalent artists such as Phoenix, Yolanda Be Cool, Haezer and Adam Freeland, the likes of which are just the tip of the iceberg for this Australian duo.

After pushing the boundaries of electro, as we know it, Trumpdisco have gone from strength to strength within their own right.

After a successful tour of South East Asia and New Zealand and after immense hype and acclaim of their debut EP they are set to release their second official EP in October 2011 followed by the release of a bunch of official remixes of artists such as Deekline and Mylo and the debut tour of their most accommodating crowds, Europe and the UK.

Trumpdisco fans have a lot to look forward to in the lead up to their European tour.

In addition to the free downloads of a new Original ‘Love in a Cold Climate’ and yet another huge remix, Trumpdisco will be dropping a 30 minute mix every month from September to November, all of which will join up to form one 90 minute mega mix

Majority of the shows throughout Europe will broadcasted live on their facebook page to all fans.
facebook.com/trumpdisco