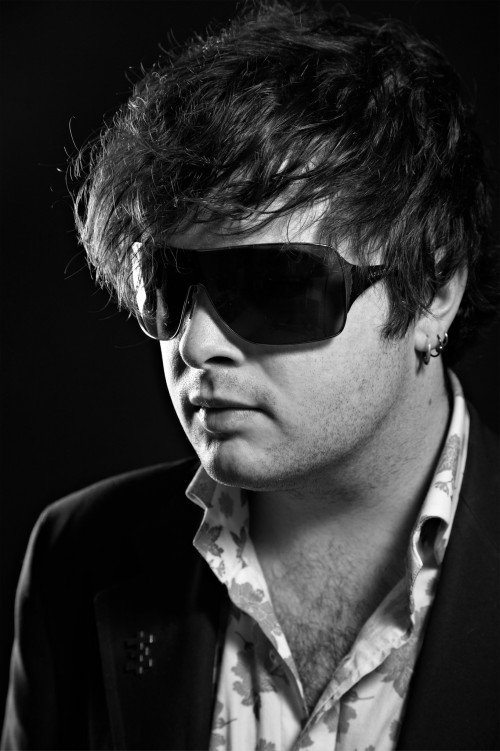 Taking a break from his various other bands and collaborations (including The Electric Soft Parade, Brakes, British Sea Power and Patrick Wolf) Thomas White will release his third solo album ‘Yalla!’ on 19th March 2012 via Bleeding Heart Recordings. Download for free ‘Ocean Green’ taken from his album: Thomas White – Ocean Green by Cannonball_PR
In September 2010, Thomas White left these shores for an extended break, spending six weeks in the blazing dry heat of Dahab, Egypt.

Quite what brought on a trip of this scope remains a mystery, but a friend had offered a bed and lodgings, and the proposition of a month and a half of pure, unblinking sunshine proved too much to decline. On arrival, however, this wide-eyed wonder quickly turned to abject homesickness.

What to do with six weeks in a town with a population of 5,000? Anticipating some ‘free time’ along the way, Thomas had wisely packed with him a travel guitar, a laptop computer, and by means of a microphone, an old Sony Handicam.

In perhaps a week and a half, the album you hear now was written, recorded and mixed.

Obliquely touching on the untimely death of Thomas and his brother (and The Electric Soft Parade band member) Alex’s mother in 2009, explicitly referencing Brighton people and places, and dealing unflinchingly with issues of sexuality and identity, “YALLA!” (meaning, “Let’s get going,” in Arabic) is perhaps Thomas’s most unrelentingly personal solo effort to date, utilising just vocal, guitar and the sparest of production, yet somehow saying so much more.

He will be performing solo shows in support of ‘YALLA!’ soon – dates to be announced.
Yalla! is Released: 19th March 2012 on Bleeding Heart Recordings
Thomas White on facebook