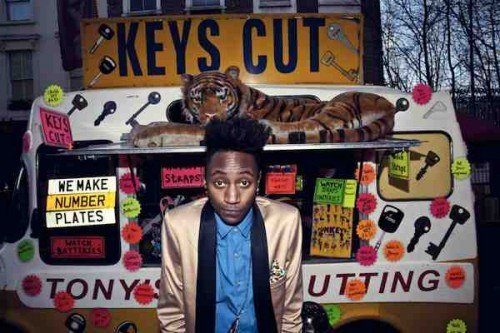 Seye Adelekan will release his debut single ‘White Noise’ on Stranger Records, original home of Lana Del Rey and the label’s first release since ‘Video Games’, on 15 April 2012, with a one track download on sale on 14 February.
If the name Adelekan sounds familiar, it’s because Seye (pronounced Shey-ah) is Gbenga from Metronomy’s younger brother.

Proving that musical talent runs in the family, Seye made a name for himself playing guitar for big name pop artists such as Paloma Faith, The Noisettes and Ellie Goulding.

Now he’s going it alone and ‘White Noise’ is the first offering.

Ahead of the release, you can download the Vanishing Point mix by Charlie C for free by visiting Seye’s Facebook page