‘Whitechapel’, available on 12” and download, is the second single from S.C.U.M’s eagerly awaited debut album Again Into Eyes which is released on 12 September. The 12” comes backed with exclusive track ‘Blindness’ and both the vinyl and download feature the Carter Tutti (Throbbing Gristle / Chris and Cosey) remix of the title track. 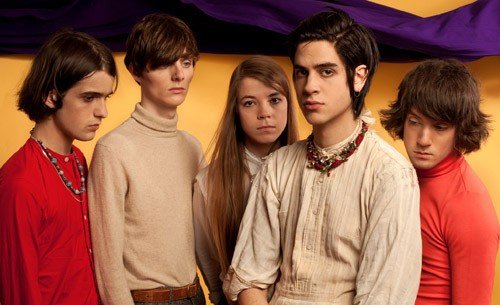 S.C.U.M Whitechapel by Mute UK
The S.C.U.M. line up of Thomas Cohen (vocal), Bradley Baker (machines), Samuel Kilcoyne (moog), Melissa Rigby (drums) and Huw Webb (Bass), kick off the fourteen date tour, which also features Niki and the Dove and DZ Deathrays, in Exeter on 2nd October and finish up in London at Koko on the 18th October 2011.

S.C.U.M release their debut album Again Into Eyes on 12 September. A genuinely triumphant arrival, the album features ten stunning tracks that reel from glorious carnival-esque euphoria to a sound that occasionally flirts at melancholy and utter despair.