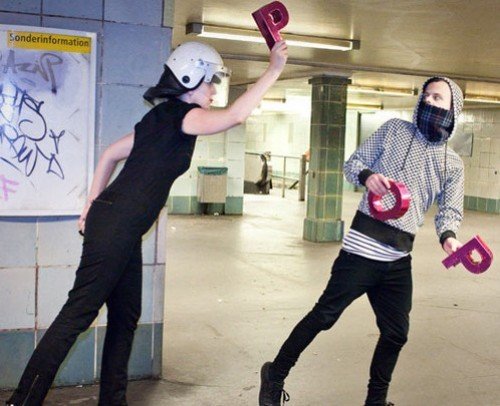 The emerging Berlin duo PoP Campaign’s debut album, ‘Kraut Popping’, released on Tuesday February 14th by CARP Recordings, is a mix of the familiar (synth pop, krautrock, techno) and the youthful frontiers of the unknown (tracks like the lead off single “Herzlich Willkommen”).

From top to bottom the album is stacked with pop music as filtered through analog soundscapes that defies simple comparisons to other contemporary artists.

In addition to the wicked tunes, the duo also has killer stage presence, making PoP Campaign ones to watch in 2012.