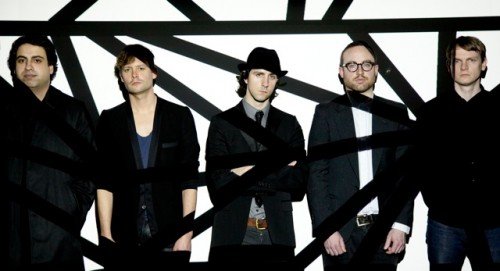 Get yours! Free download of Errors remix of Maximo Park’s new single ‘Hips and Lips’.

The single is taken from their much anticipated new album, ‘The National Health’, released on June 11th on V2.
‘Hips and Lips’ relates to a complicated tale of a relationship gone sour, guitars ring and drums build as lead singer Paul Smith intones, “You’re a puzzle to me, and you always will be” through the pounding wall of sound.