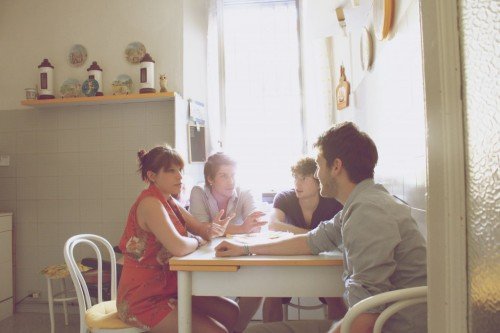 Due out for official release on 20th February 2012 via US label All Things Go, ‘sol’ is the first offering from Newcastle based Anglo-Italian four piece M A U S I.

Born in Milan, siblings Daisy & Thomas moved to the UK in 2008 where they met and moved in with Englishmen Ben & Benji at University in the North East.

Formed in 2010, the band cite French collectives Pony Pony Run Run, Phoenix and Breakbot as their biggest influences, as well as an unashamed love for pop favourites Uffie and Penguin Prison.

M A U S I create blissful up-beat pop, that harnesses a carefree Rivieran edge and driving disco feel; that is no more present than in single ‘sol’.
M A U S I Single ‘sol’
Released February 20th via All Things Go
wearemausi.com