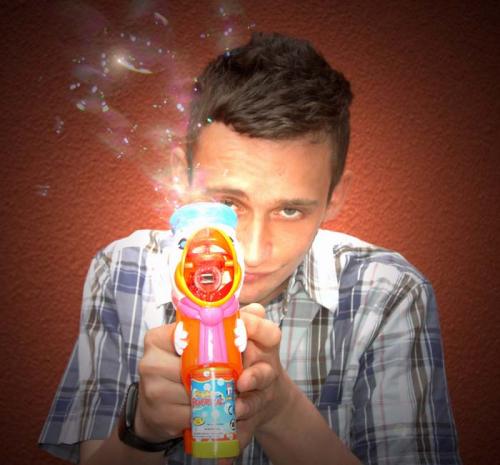 Over the past couple of years, Manchester-based producer Lone (a.k.a. Matt Cutler) has become a fully fledged reinvention of his former self.

Leaving behind the hip-hop seasoned abstraction and hazy beatscapes of his notable ‘Ecstasy & Friends’ and ‘Lemurian’ albums for a quicker-paced sound that draws on a much heavier Chicago house / Detroit Techno and early 90’s London rave/hardcore sound.

With his last album proper ‘Emerald Fantasy Tracks’ and last year’s R&S debut ‘Coreshine Voodoo’, we saw a honing of these styles.

Continuing his ethereal journey through space and time where these previous two outings left off, new album ‘Galaxy Garden’ – that you will hopefully have in your ears right now – is without doubt his most complete body of work to date.

Galaxy Garden album launch
Lone a.k.a. Matt Cutler is to release his ‘Galaxy Garden’ LP 30th April.
To celebrate, and along with London promoters, Dollop, he has rounded up DJs Illum Sphere, Nightwave and Neon Jung for an album launch in Peckham’s Bussey Building Saturday 5th May.