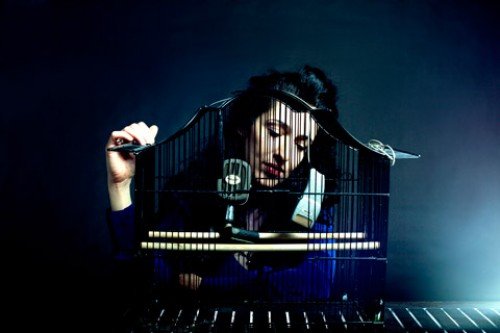 (disappointed cloud) anyway is the first song to be taken from Leila’s new album ‘U&I’ released on 23rd January. Harsher, shook up and rebooted, the song features the haunting vocals of Berlin based producer Mt.Sims
The video (art directed by Leila herself) was made by Lady Pat who has previously made videos for Boy George, Jonny Woo and Dolby Anol.

It features futuristic metal coils, lightbulbs and little ornamental creations all made by The Beat’s Andy Cox who likes to construct bespoke eccentric musical instruments.