Lee Mortimer (AKA SawtoothSucka) is to release a 3 track EP through his own label, Wearhouse Music on 30th May 2011 paving the way for his new compilation album due 6th June. 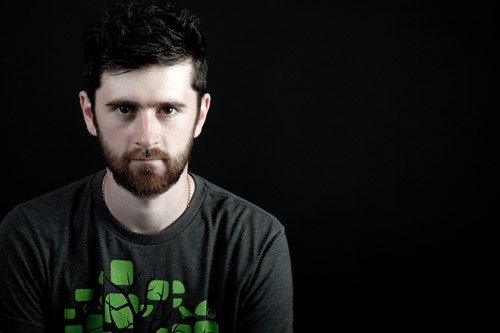 Lee Mortimer Ctrl by LauraInvader
Not one to mess about with production turnaround, Lee Mortimer delivers three big room bangers worthy of their own Beatport genre! Taking a nod to his backbone wonky house sound and adding supercharged sonics that could disable foundations on any building; this EP is a tightly packed journey into the twisted world of Mortimer and Bass!

Wearhouse music has produced tons of fantastic EP’s since it began including the amazing Champion Sound EP as well as hottracks from Kill Light such as ‘In the Dancehall’ and ‘Light It’ by Jay Robinson.

Other signings include Slap In The Bass with the much remixed ‘Surko’ and immense tuneage from the likes of Youx and Eats Everything.

With cutting edge releases coming out all the time Wearhouse music has become one of the sharpest record companies around and has produced four volumes of the excellent Fresh Attire compilations, the most recent of which features mixes of the club smash ‘Do It’.

Wearhouse club nights in London have also become something of a talking point with the latest beatfest‘ Warehouse Music: All Night Long’ taking place at Nest in Stoke Newington.

Lee has played at Bestival and Glasto and is a regular feature on the London club scene with appearances at The Rhythm Factory, Hoxton Pony and Ministry of Sound to name but a few.
photo by ©ClaireWilliamsPhotography
www.myspace.com/leemortimer