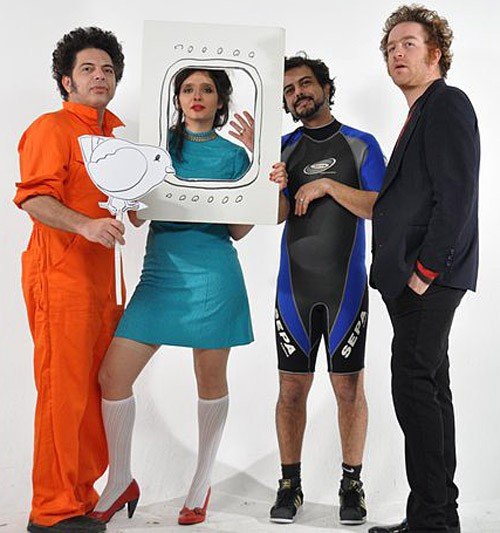 Check the FREE DOWNLOAD for ‘Life is on my side’ by Izabo, taken from their new album out 2012 on 100% Records.
Izabo, the funky Israeli four-piece, have received critical acclaim this year, following their inspired and hugely popular video for the infectious title track off their free EP, ‘Summer Shade’.
Thethree tracks, which are still available for download on their facebook page, encapsulates the band’s unique, laid-back, yet edgy sound; merging pop, disco and indie rock effortlessly, in turn creating that distinctive Izabo sound.

The band have been working extremely hard over the last year, travelling Europe and playing to their rapidly growing fanbase, at festivals such as Trans Musicales, The Paleo Festival and Eurosonic.

Their growing popularity and impact on the music scene has not gone unnoticed, with a nomination at the 2011 MTV European Music Awards in Belfast, things are certainly looking good for Izabo.
facebook.com/izabopage