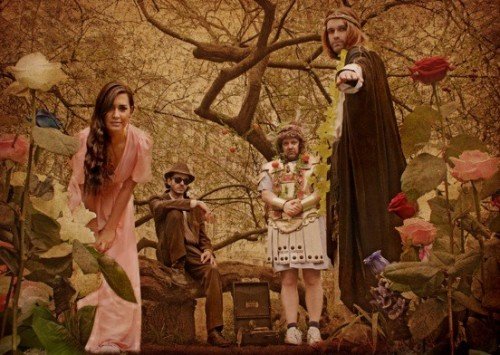 Guillemots are giving away for free the stunning ‘Fleet’. The track is taken from their most recent album ‘Hello Land!’, which is the first of four albums to be released this year by the band!
Here’s a message from Fyfe about the free download and more…

“Hello there to ye all & one. This is a little note to highlight the fact that here and now we are giving you a free download of the track “Fleet” from our first album of the year “Hello Land!”.

If you already have the album, then this will be of minimal excitement to you, but you can rest safe in the knowledge that you are LITERALLY one step ahead – of what, I’m not sure, but of something – because you already have our album.

But if you don’t, and you enjoy listening to it, then, well, good. “Hello Land!” is ready and waiting for you HERE – should you like the idea of investigating further. I hope this is clear. Thank you.

Above also is a video shot by the resplendent Tim Chipping from a gig we did earlier in the year called Positive Blackout at the wonderful Village Underground venue.

Both nights had a bunch of performances from all kinds of fish and fowl, well, no actually, just people, the only premise being that there was no amplification at all.

Okay, I think this is all for now. The summer album is currently being incubated for you. Not sure if incubated is the right word there, that sounded wrong, but anyhow. . . something like that.

Can’t wait for you to hear it. August, I hope. There is also talk of some sort of Twitter conversation between myself and whoever may like to ask things, at some point in the coming weeks. We will keep you informed of developments in this regard.

Right, I must now attempt to wake up and face up to all responsibilities that await me.