Emerging from the swamps of Sacramento with their brand new record, ‘Still Living’ (out August 29th on Souterrain Transmissions), GANGLIANS are giving away another psychedelic sunshine blast for free: ‘Drop The Act’ 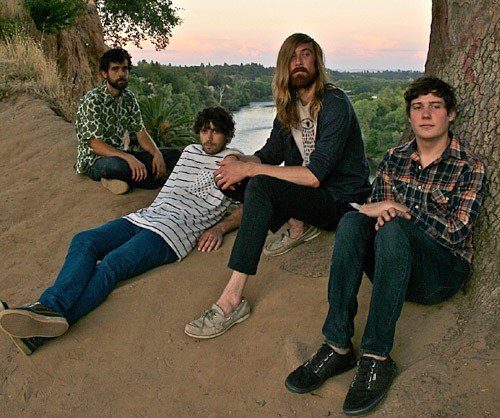 Ganglians have built a name worldwide for their trippy yet catchy summery tracks rammed full of harmonies and toungue-in-cheek lyrics, echoing with an eerie sense of darkness.

‘Still Living’ rings in at just under an hour, staying true to the psychedelic roots established on their self-titled debut and immediate follow-up Monster Head Room (Woodsist/Souterrain Transmissions).

Ganglians will also be stepping out on tour across Europe next month.
GANGLIANS ‘DROP THE ACT’ OUT AUG 22ND
ALBUM ‘STILL LIVING’ OUT AUG 29TH
LABEL: SOUTERRAIN TRANSMISSIONS
facebook.com/ganglians