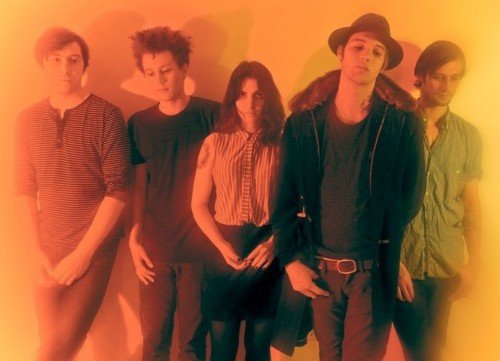 Ahead of their final show of the year and anticipated release of debut album, ‘Moth’ in Spring 2012, London Indie-pop five piece Exlovers are offering the track ‘Starlight, Starlight’ as a free download. Starlight Starlight by Exlovers
Following the release of sold-out single ‘Blowing Kisses’ in February this year, selling out on pre-order, the band have spent the past year touring the UK & Ireland with Young & Lost label mates Noah and the Whale in the May earlier this year, and putting the finishing touches to their debut album, recorded at Rockfield Studios, Wales with Demian Castellanos and Jimmy Robertson (Florence and the Machine, Big Pink), which will be released Spring 2012 through Young & Lost Club.

With a follow-up single due early next year and the release of debut album ‘Moth’ in Spring 2012, Exlovers will be rounding off the year with a headline show at London’s XOYO on 16th December 2011.
exlovers.co.uk