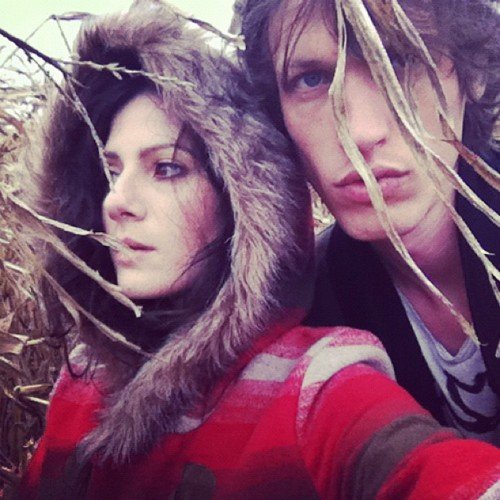 Brooklyn, NY’s Exitmusic – comprised of Devon Church and Aleksa Palladino – will release their debut album, Passage, on Secretly Canadian on May 21st, 2012. The album’s opening track, a haunting blast of sound called “Passage,” can be downloaded for free below:
With help from drummer Dru Prentiss and electronic musician Nicholas Shelestak, Church and Palladino spent several days this winter working with mixer Nicholas Vernhes (Dirty Projectors, Deerhunter) at his Rare Book Room studio, where they built on the duo’s beautiful, chilling aesthetic for a sound that is both more powerful and more nuanced. “I think there is something a bit more expansive in the new material,” says Church.

“On ‘Passage,’ we cover a lot of emotional ground, and ‘White Noise’ and ‘Storms’ wound up having more pop elements in them than I think they would have had we recorded them a year ago.”
facebook.com/weareEXITMUSIC
twitter.com/weareexitmusic
allthingsexitmusic.tumblr.com