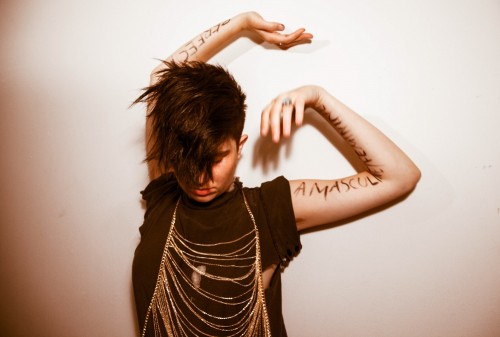 With her newly brunette barnet & shuffled up live band, Erika M Anderson prepares to bring the EMA live show back to the UK for the first time since her co-headline tour with Souterrain Transmissions label mate Zola Jesus at the end of last year.

This string of headline shows includes a stop off at Brighton’s Great Escape Festival to close the Uncut stage and a headline show at London’s Scala on May 15th.

To get fans in the right state of mind before the tour, Erika has put together a mixtape to share and download.

Entitled “Hanging Out With Sarah – In Praise of Extremities” (Sarah being Erika’s good friend and temporary guitarist who usually plays in Talk Normal), she introduces it: