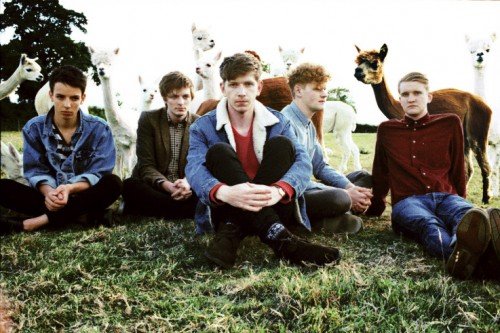 To celebrate the festive period, Dog Is Dead have recorded a special version of The Waitresses ‘Christmas Wrapping’ which you can download for free. Check also the video:

It’s been a massive year for Dog Is Dead, having toured with Bombay Bicycle Club, released a compilation EP of their self release singles, started work on their debut album with David Kosten (Everything Everything, Bat For Lashes) and released limited edition ‘Hands Down’. They also appeared as themselves in hit TV show ‘Skins’ and played an array of festivals across the UK this summer.

Dog Is Dead will finish off 2011 in style with a massive hometown headline show at 1900 cap Nottingham Rock City on Saturday and will follow with a headline slot at London’s Koko for Club NME’s NYE celebration.

As one of 2012’s hottest new bands, they announce their biggest UK tour to date in February/March with a single to coincide.
dogisdead.co.uk
facebook.com/dogisdead