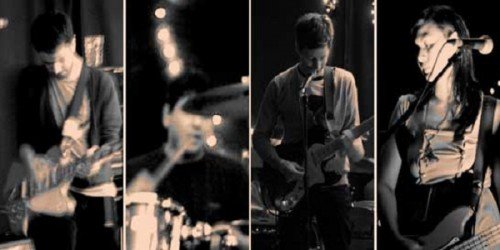 Dead Wolf Club specialise in loudness, quietness, darkness and light. The band are giving away as free download ‘Radar'(get it below). Their debut album is realesed on 1st February 2012 on Scene Not Herd Recordings. Dead Wolf Club – ‘Radar’ by charmfactory
Their songs deal with the inner struggle and turmoil of mortality and the fire we need to keep burning in order to survive, mainly through the clashing of a broken down relationship with a cherry 2000 and probing into the schizophrenic mind of Philip K Dick.

Building themselves a reputation as a vitriolic live band, from the debris of smashed guitars Dead Wolf Club rise to present their debut album.

The band draws their bulk of influences from knitting, tea, comics, cardigans, Nintendo consoles and the crumbling city that is London.