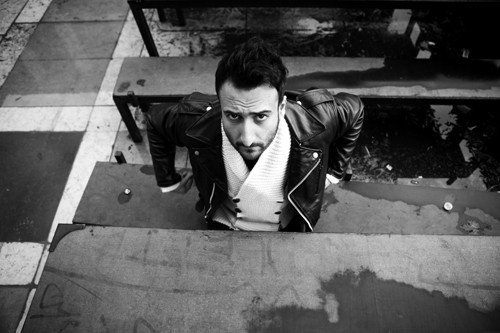 With his ‘Infected’ EP coming out next Monday, David Shaw and the Beat is giving away a free download of title track remixed by Vicarious Bliss.
Vicarious Bliss (Andy Gardiner), an electro artist signed to Ed Banger Records is known primarily for his ‘Theme from Vicarious Bliss’ and several remixes.

He collaborated with Ladytron on her ‘Velocifero’ and produced I Love UFO’s debut album.

Born and raised in Manchester, David Shaw is today based in France.

‘Infected’, is the first extract of his album to be released on Her Majesty’s Ship. This song is a cover of The The, released in 1986.

David Shaw gives it a brand new interpretation, but without losing its catchy eighties pop mood.