Cinnamon Chasers return with their first EP release, packed with a bomb of infectious ‘retro-modern’ indietronica future classics. Hot off the heels of a turnaround 2010, which saw CC go from respected underground nu-disco club act to a house hold name in the dance industry. 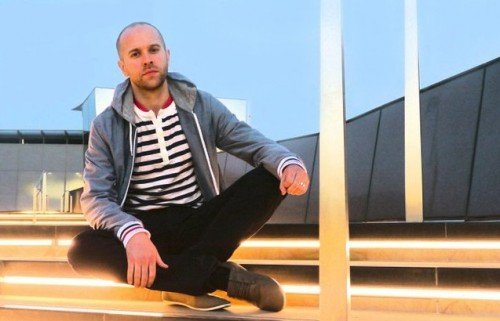 The album really moves CC to the next level and crystalises their vision and ambition for the future of CC. The act will also be announcing a series of European dates over the Summer and have just been confirmed for Exit Festival in Serbia.

Cinnamon Chasers is inspired by films like Flight Of The Navigator, Never ending Story. “I try to create music that gives me the vibe those classic films gave me as a kid”. Cinnamon Chasers achieves this with a perfect blend of crisp electronics, Pop based song structure and melodies, and an Indie feel.

Russ also works under the Alias of ABAKUS, and released the album “That Much Closer to the Sun”, which was subsequently published to Jazz Summers’ BIGLIFE Music, and released on Liquid Sound, label of Killing Joke and the Verve producer Youth, and had tracks licensed to over 40 CD albums.

Youth and Russ have worked on several collaborations together including a remix for The Orb in 2007. In 2010 Russ was especially commissioned to remix some classics from the Roxy Music vault, and in 2011 has remixed classic records from Tears For Fears, Peter Gabriel, Kate Bush, Billy Idol and The Killers.

Russ has Dj’d the globe for the last four years with his unique hybrid sound across all continents, South America, North America, throughout Europe, and Asia from experimental electronic festivals in the mountains in Japan to warehouse parties in Russian city outskirts.