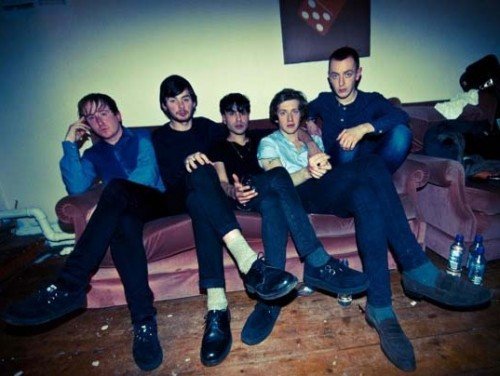 Following the excitement after they premiered three new songs at festival shows this summer, Chapel Club will close the campaign for their thrilling debut album ‘Palace’ with a final UK tour featuring tracks from the record – plus an exclusive extra set each evening previewing never-before-heard songs from their forthcoming second album

Having spoken often about their desire to reinvent their sound for the follow-up to ‘Palace’, with frontman Lewis Bowman explaining that “We all have a lot of love for the songs [on Palace] and we love that so many people have taken them to their hearts. But when we wrote them we were still learning how to write songs together. Now we have a bit more experience, we’re better able to explore the possibilities. Everything feels freer and fresher and more relaxed and more exciting; hopefully the new songs reflect that.”

The run of shows in October will see the band perform twice each night: playing a main set every night featuring songs from ‘Palace’ and 2010’s superb ‘Wintering EP’, plus an earlier, special set made up of entirely new material – with the tour culminating in the band’s biggest headline show to date, a homecoming special at London’s Shepherd’s Bush Empire.

Support throughout the tour (except Portsmouth and London dates) comes from much-vaunted newcomers Clock Opera, with Portsmouth support provided by the fast-rising Elephant. The latter will also open the Shepherd’s Bush show, with ones-to-watch Other Lives serving as main support.
seetickets.com/Tour/CHAPEL-CLUB
ticketmaster.co.uk
facebook.com/chapelclub