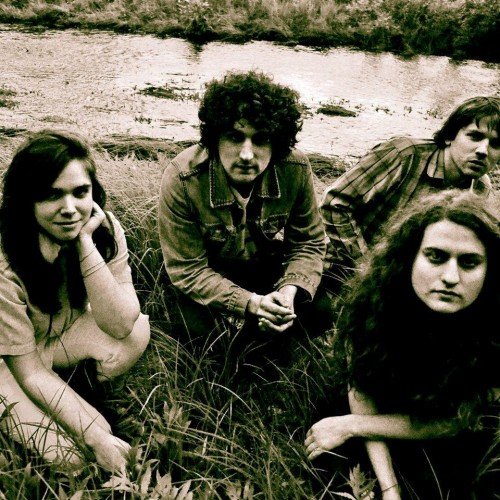 Caged Animals’ This Summer 5 track EP is released on Lucky Number on June 11, 2012 .
“I Will Take My Own Hand” expands upon the recurring tropical motifs with a nod to Jamaican toasting in the vocal of its middle-eight.

With sonic nods to the surf, title track ‘This Summer I’ll Make It Up To You’, thrashes into a romantic vision of Summer imagined but never lived.

Cacchione trades in hopeful couplets, promising to take the song’s subject to an idealized West Coast “where the sun is always shining,” a terminally East Coast perspective on the California Dream.

Caged Animals’ This Summer EP was recorded contemporaneously with the band’s Autumn 2011 debut, ‘Eat Their Own’.

Where ‘Eat Their Own’ dealt liberally in off-kilter but warmhearted reinterpretations of classic pop structures, This Summer lends its glare to a more Gothic July.
cagedanimals.net
luckynumbermusic.com