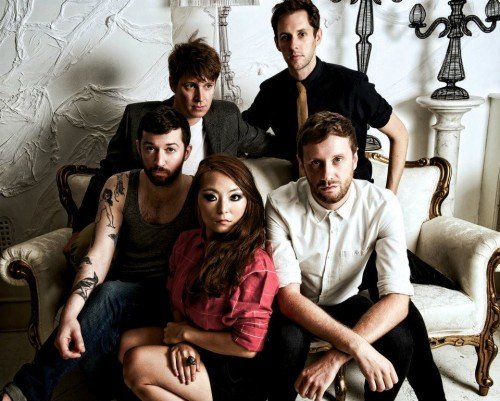 Recording for the album commenced in the North East of England in an Aladdin’s Cave of a studio outside Stockport, Greater Manchester during what has now become fondly known as “the big freeze”.

The cold, foreboding weather was a rather appropriate backdrop to “Control” which is a stark portrait of the reality of the breakdown of a doomed relationship.

Autoheart are Jody (vocals), Simon (piano/ keyboards), Barney (guitar), David (drums) and Jihea (Bass). Jody and Simon formed the band in 2007 after a chance meeting in East London. After discovering similar musical tastes they decided to work together on the score for an independent film that Simon was working on at the time. Autoheart’s single “Control” is released on 19 December as a free download through their Facebook page. The video for “Control” will be released online shortly.

Their debut album, produced by Danton Supple, is due for release in 2012.
facebook.com/Autoheart
myspace.com/Autoheartofficial