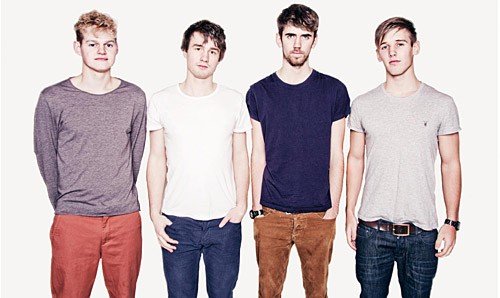 Young Astronaut originated in the suburbs of the New Forest as brothers Chris and Pete Boakes in 2007. Whilst at different universities, they’d return home for the holidays and spend their time experimenting with their harmonious and considered blend of music that is the foundation of the bands delicate tonality.

In early 2011, the melodic explorations of the acoustic ideas and lyrics were refined and evolved until ten tracks were formed, creating the basis for ‘Fawn’. During that summer, drummer Niko Battistini joined the band adding a strong percussive shift to the band’s dynamic.

This new sound was then complimented with a score of rough cellos and violins before being taken to The Ranch and produced by Geoff Swan; after which Paul Meeson joined them on bass guitar.

In support of upcoming tour dates in March and the summer festival season Young Astronaut are releasing the entire album as a free download from their website youngastronaut.co.uk.

The ten track LP, mastered by Jon Astley (The Who, Bon Jovi & The Rolling Stones), demonstrates a fusion of acoustic, folk and indie with lyrical content ranging from eternal innocence to sofa surfing to a love* story between an artist and a villain.

* The word ‘love’ was not used once in the making of this record.
youngastronaut.co.uk
facebook.com/youngastronautband
twitter.com/yastronaut