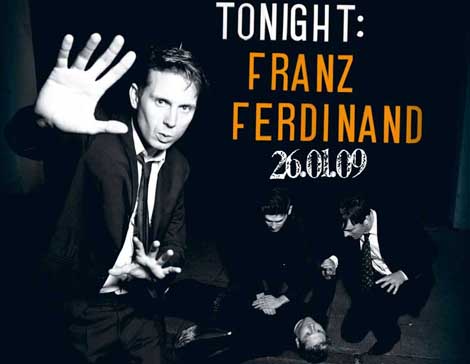 The indie-rock group is comprised of Alex Kapranos (guitar/ lead vocals), Bob Hardy (bass), Nick McCarthy (guitar/keyboards/backing vocals) and Paul Thompson (percussion/backing vocals/drums). Franz Ferdinand already have chart topping singles under their belt, including â€˜Take Me Outâ€™ and â€˜Matineeâ€™, and more than a few awards to boast about. The Glasgow based group play The Mandela Hall on Monday 2nd March. 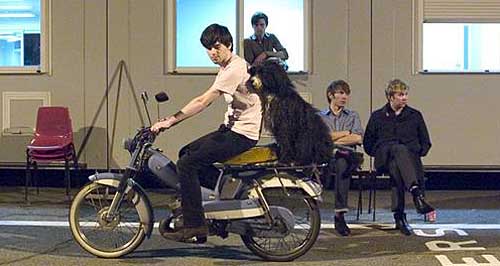 Franz Ferdinand has confirmed the details regarding its third studio album. Titled Tonight: Franz Ferdinand, the 12-track album will be released on Monday January 26th 2009 via Domino/Epic records. The album was recorded by the band and producer Dan Carey at its own HQ in Govan, Glasgow and Careyâ€™s South London studio.

â€œTonight: Franz Ferdinand is music of the night: to fling yourself around your room to as you psyche yourself for a night of hedonism, for the dance-floor, flirtation, for your desolate heart-stop, for losing it and loving losing it, for the chemical surge in your bloodstream,â€ frontman Alex Kapranos said in a statement. â€œItâ€™s for that lonely hour gently rocking yourself waiting for dawn and it all to be even again.â€
myspace.com/franzferdinand
franzferdinand.co.uk
FRANZ FERDINAND
Mandela Hall
Monday 2nd March 2009
Â£22.50 (Subject to booking fee)
Doors:7:00pm
Support:TBC
TICKET DETAILS
In person:From 22 Ticketmaster outlets province wide / Katy Dalyâ€™s Bar / Mandela Hall, Queens University.
24hr hotlines:Tel: (NI) 0870 243 4455 (ROI) 0818 719 300
Buy online: geturticket.com / ticketmaster.ie / cdcleisure.com