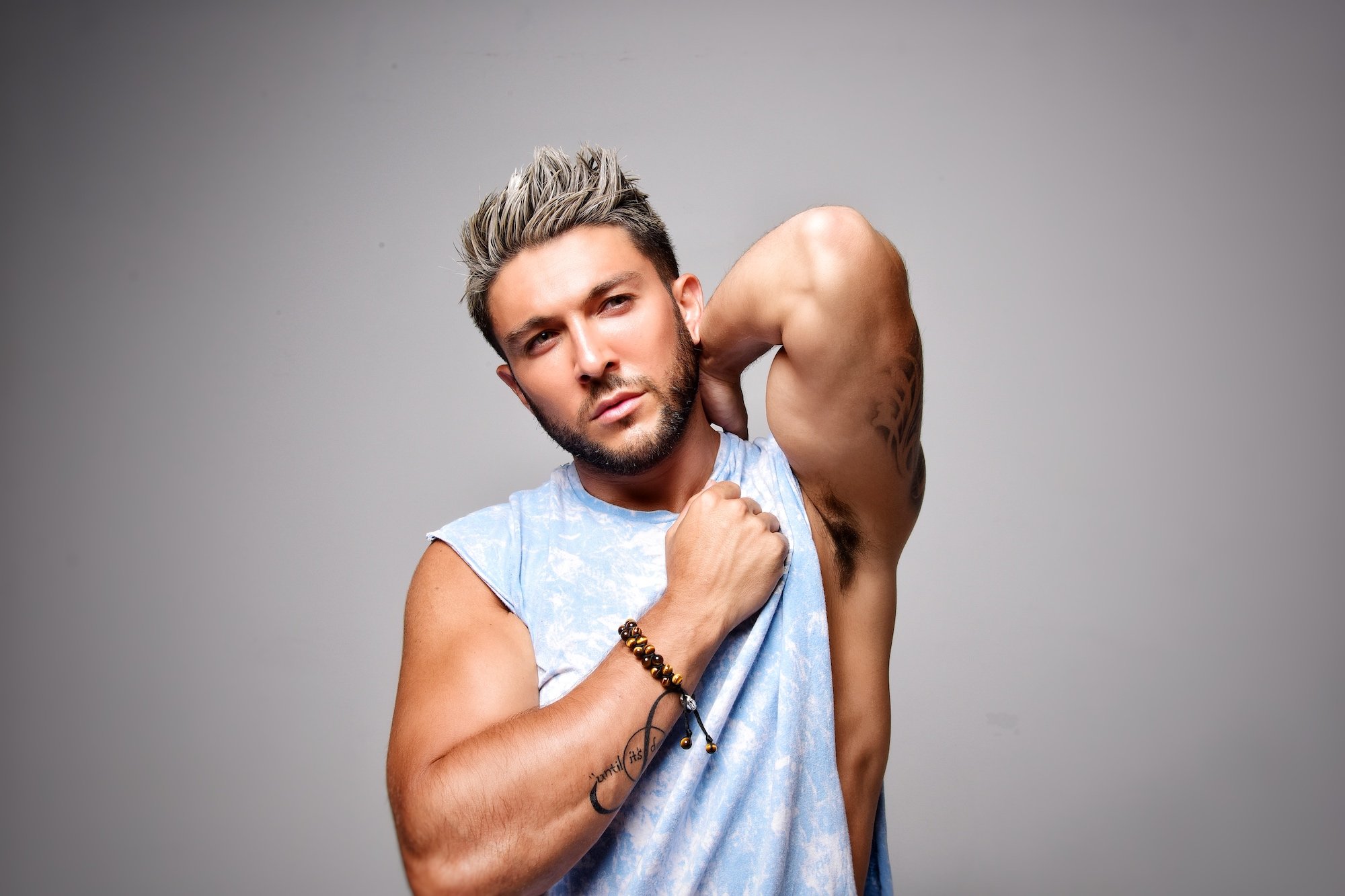 The first album I ever bought was Britney Spears “Baby One More Time.”  I had the biggest crush on Britney growing up – I think most people did …

My biggest musical inspirations are the artists that inspired me to want to be an entertainer. These include artists from Elvis to Michael , Whitney , Madonna , Prince , Jennifer Lopez , Britney Spears , Justin Timberlake , Janet Jackson , Usher and Beyonce . Artists who stand the test of time , and who also inspire the world not just through their songs , but through their music videos , live performances , fashion , and ability to reinvent themselves but still stay true to who they are.

To be honest one of my biggest inspirations behind my music has been my own struggles, and battles over my career and how that has transcended into my personal life . Whether it has been my accomplishments , failures , everything I have been through has pushed me and helped me become a better artist. My biggest downfalls have led to my greatest victories , and that has been one of the biggest motivations behind my music career.

Tell us about your new single for Say Less?

Say less was inspired by the “disco” era . Growing up my mom always played disco music in the car – there is something about it that just makes you want to get up and dance as soon as you hear it . So when I went into the studio that was my inspiration behind the record, along with figuring out ways to keep it young and innovative at the same time .

2020 for me is going to be a year of huge change for me – I am packing my bags heading to Europe and I’m ready to put myself out there in a brand new market. I plan to just give people my heart and soul through my music and performances, and I am more ready then I have ever been!