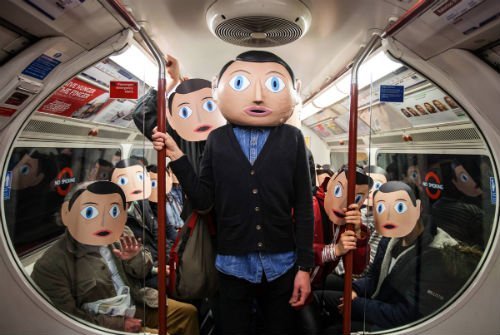 Frank, is the offbeat comedy about a wannabe musician who finds himself out of his depth when he joins a maverick rock band led by the enigmatic Frank…The film directed by Lenny Abrahamson, stars Michael Fassbender, Maggie Gyllenhaal, and Domhnall Gleeson.

To announce the release of the film on Friday 9th May, check out some photos from Frank Day in London. 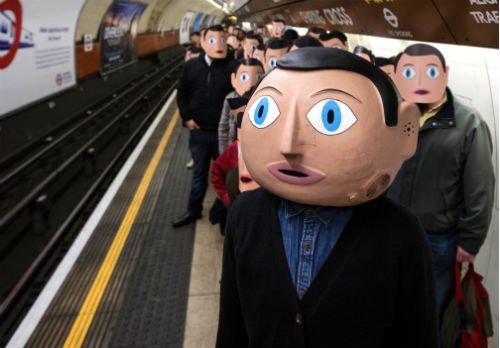 With his large papier-mâché head and puckish spirit of Frank Sidebottom, the raucous tyrannical energy of Captain Beefheart, the tender heart of Daniel Johnston and the body of Michael Fassbender, Frank is the most mysterious and enigmatic of frontmen. 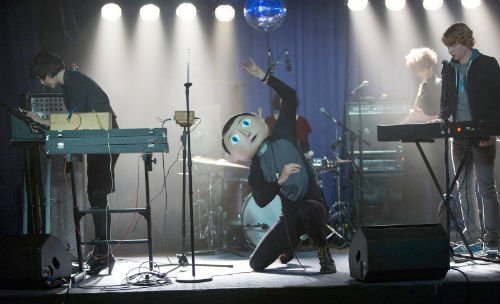 When a young wannabe musician, Jon (Domhnall Gleeson), is drawn into Frank’s orbit and joins his band of eccentric pop musicians, he soon discovers he’s bitten off more than he can chew. Can he survive the terrifying rage of bandmate Clara (Maggie Gyllenhaal), and will he ever find out what’s going on inside the head inside the head? 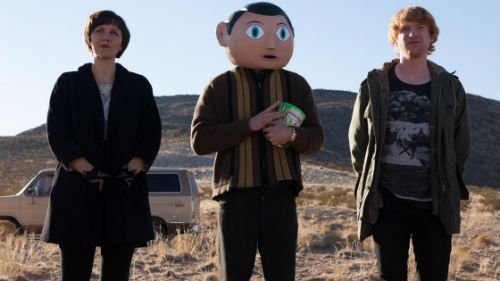