City workers were treated to an extra special surprise lunch break on Friday as Travis frontman Fran Healy joined War Child to busk on the streets of London. 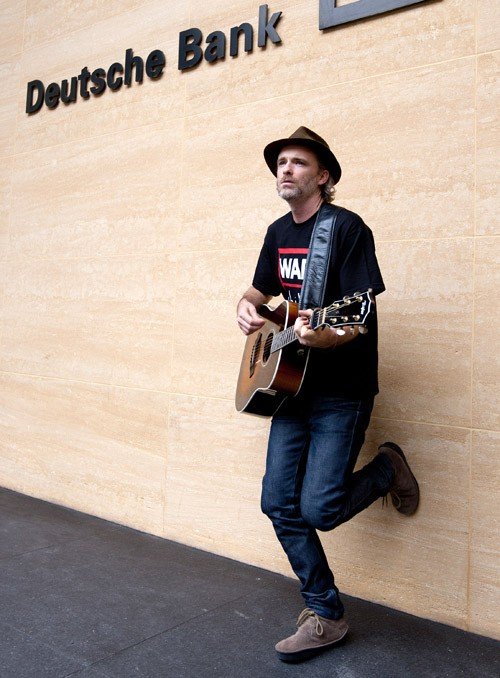 Fran Healy was not asking for small change, but for an impact that could help change the lives of thousands of children in the world’s harshest war zones.

With eleven million albums sales to date, and more often seen on a festival stage, Fran took his acoustic guitar to the centre of London’s City and performed to workers and passers by outside Deutsche Bank’s headquarters to make some noise about the charity War Child’s vital work.

War Child have been shortlisted for Deutsche Bank’s Charity Of The Year 2011, a decision made this week by a staff vote. Fran played a set of classic Travis hits â€“ including â€˜Why Does It Always Rain On Meâ€™, â€˜Singâ€™, â€˜Writing To Reach Youâ€™ and â€˜Turnâ€™ â€“ to people as they took their lunches. 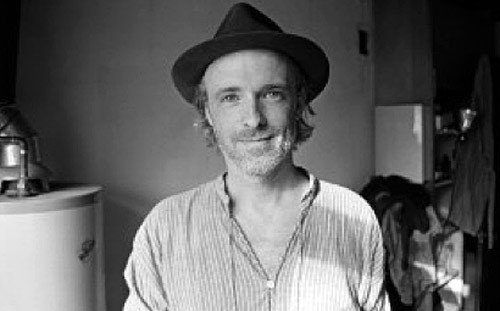 Fran Healy said: “The impact of war on children is simply unacceptable, but with our support War Child are doing something about it. I hope this got people talking about War Child. Itâ€™s a charity and cause Iâ€™d urge everyone to support.â€

Ben Knowles said: “Music has long been a crucial way of War Child raising the awareness and funds these children vitally need.

There cannot be a more direct way of using it than today.

Deutsche Bank’s commitment to charity is a life-changing one. We hope this has helped more people to consider War Child, and has been another example of the exciting way we use the support of some amazing musicians. We cannot thank Fran enough.”

Fran Healy and Travis have a long association with War Child – hosting a concert back in 2001 with Ryan Adams, contributing the anti-war track â€˜Beautiful Occupationâ€™ to War Childâ€™s 2003 album â€˜Hope.

The support from musicians has helped grow War Child into a small international charity that protects thousands of children around the world from the brutal effects of war and its consequences.