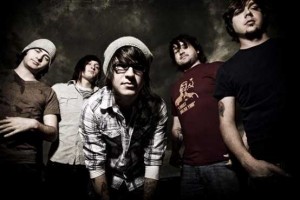 The trio came together to jam, then recruited guitarist (and part time barista) Brandon Wootten to join the band. “We started practicing in Chris’ parents’ garage, and then worked our way down to their basement,” Brandon jokingly recalls.

Despite their humble beginnings, the combination of Nixon’s smooth vocals and commanding stage presence, Luke and Brandon’s searing riffs and Chris’ driving rhythms quickly moved the band to the very top of their local rock scene. 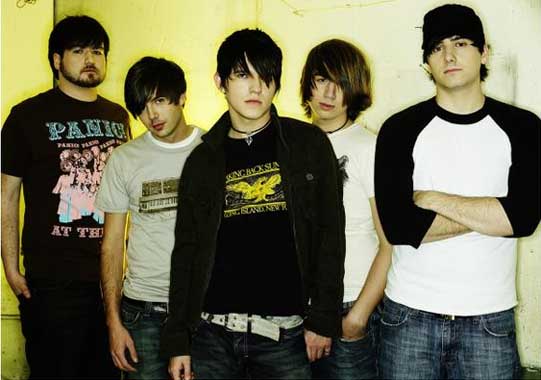 Chris then ventured out and contacted former Creed bassist & Dark New Day front man, Brett Hestla. On the strength of their 5 song EP “With October Came the Fall”, Brett agreed to record two tracks with the band in November 2006. “I had the chorus to ‘Hear Me Now’ in my head when we arrived in Orlando to record” remembers Nixon, fondly. “But working with Brett is what helped us realize our potential as song writers.”

In January 2007, Jeff Hanson (manager Creed / Paramore / Sevendust) and his business partner, Rick Schmidt (former radio programmer of DC101 / 98ROCK Tampa) heard the first demo of ‘Hear Me Now’ and immediately signed the band to their new indie label Silent Majority Group. “Radio was my background for 20 years and I knew that Hear Me Now was a very special song; and Jeff has helped develop a number of very successful artists and there was no question in his mind that the band was capable of great things” says Schmidt.

With the new year also came a new name, and FRAMING HANLEY was born. The “Hanley” in the band’s name is a tribute to a friend, Ashley Hanley, who died tragically in a car accident in October 2006. “Ashley was our biggest fan. She was a tireless promoter of our music and she was an anchor for us emotionally. She was a best friend to the band,” said Nixon.

The start of 2007 brought a new record deal and Framing Hanley wrote and recorded their debut release “The Moment” in just 6 weeks. In March of 2007 “Hear Me Now” was already on numerous radio stations and Silent Majority Group subsequently released an independent version of “The Moment” in May. By June, on the strength of the song and the new album, Silent Majority Group entered into a distribution agreement with Warner’s Independent Label Group. “The Moment” was released nationally on August 7 and immediately the band joined a tour with Evans Blue and Fair to Midland, followed by multiple radio shows and fall tour with Trapt, Saving Abel, and Fuel.

Framing Hanley wrapped 2007 with the most played song of the year (Hear Me Now) on Sirius Octane and garnered airplay on over 50 radio stations across the nation, breaking into the top 40 on the active rock charts.

The successful ride continues in 2008 with the 2nd single “Built for Sin” off “The Moment” released and a lengthy tour with Tantric. National publications started to take notice. Guitarist Ryan Belcher joined Framing Hanley replacing Tim Huskinson. “Ryan came in and had big shoes to fill. After only a couple of hours of jamming with him for the first time though, we knew we found what we needed and were looking for,” Nixon says. The band began writing new material and recorded a cover of Lil Wayne’s smash “Lollipop”.
www.myspace.com/framinghanley
www.silentmajoritygroup.com
FRAMING HANLEY release ‘The Moment’ album on Nov 9 2009 on ADA GLOBAL. The ‘Hear Me Now’ single precedes it on Nov 2.
* 50 million+ MySpace plays of Lollipop single.
* 5.5 million You Tube plays of Lollipop single.
* Certified U.S. gold single, with over 500,000 sold.
* U.S. album sales nearing 100,000.
* 147,000 Myspace friends.
* Top 20 US Alternative radio single “Lollipop”
Hear Me Now