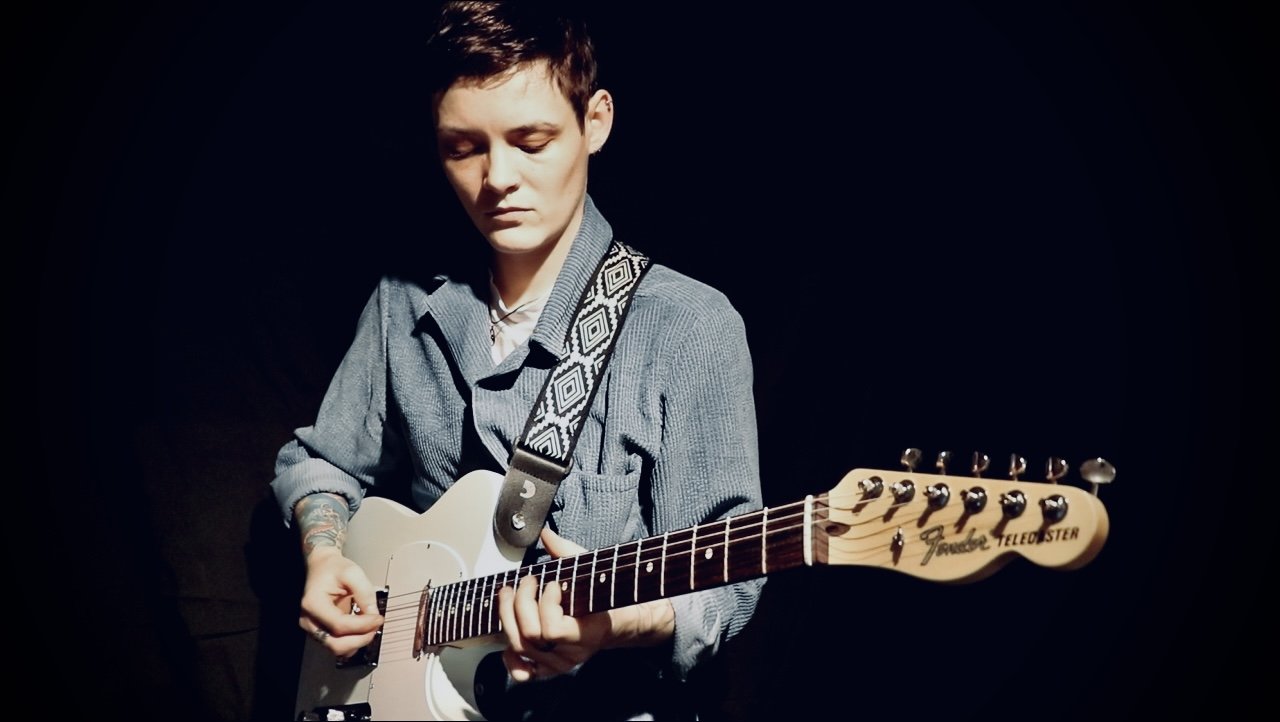 "Before I discovered her, I didn’t think it was possible for a queer, female artist to make it and she made anything seem possible."

Fox Evades is the solo project of DIY musician, songwriter, and producer, Jordan Mae, sharing her top musical influences playlist with us this week alongside her newest single. ‘Strange Forever‘ is the final single released before her debut EP ‘Nothing but Our Dreams‘, a shimmering self-acceptance anthem with a sound reminiscent of The Smiths and The Cranberries.

Jordan also shared some background on the inspiration for ‘Strange Forever‘.

“Strange Forever is about when you finally find that person who you connect with immediately, who is strange just like you and loves you for who you are. A person you feel comfortable being yourself around and that’s so hard to find. It’s a really personal song for me and I feel really nostalgic when I listen to it. It reminds me of a very important time in my life when I was discovering who I really am.
As a queer woman, it often irritates me when people ask me “who is the man in the relationship?” and the middle 8 is about having both female and masculine traits. I think it really speaks to people who are androgynous, in particular, or are deemed as strange in society due to their gender identity and sexuality. I really hope it speaks to people not only in the LGBTQ community but also anyone who feels uncomfortable being themselves. This shouldn’t be a problem for anyone in this day and age and it shouldn’t be something that people should worry about but sadly it is. It isn’t your problem that you’re different. It’s society’s problem and this needs to change.”

The Cure – A Forest

It was an impossible task to choose one Cure song but I adore the dark vibes of this track in comparison to their other stuff. The way the bass and the guitar intertwine blows my mind.

The Smiths – How Soon is Now?

The Smiths are probably one of my biggest musical influences and Johnny Marr was the reason I ever picked up a guitar in the first place. The effects he used on the guitars in this track are like nothing else I’ve ever heard and seem to reverberate deep into the soul. It’s one of those tracks that I think every musician wishes they’d written.

It has been incredible to witness Anna’s musical journey. From seeing her onstage at the very beginning, all shy and motionless to dropping to her knees and shredding the guitar whilst screaming operatically. She’s probably the best female guitarist to grace the 21st century and this song is just sublime. I remember getting tickets to see her in Amsterdam and I missed my flight so had to get two buses and a train to a different airport and managed to make it with 10 minutes to spare. It was a spectacular performance that I’ll never forget.

Girl in red is an important, recent influence of mine. She gave me the final shove I needed to gain the confidence I needed to release my own music with the world. Before I discovered her, I didn’t think it was possible for a queer, female artist to make it and she made anything seem possible. She’s truly independent in that she too, writes, records, and produces her own music and it’s been incredible to see how far she has come with so little help. Her words are the most honest and relatable lyrics I’ve ever heard.

My heart was broken forever when Savages stopped making music. ‘Adore’ is just absolute perfection and Jehnny Beth’s stage presence is the most intense of any artist I’ve ever seen. I love the androgyny and the rawness. They well and truly break the mold.