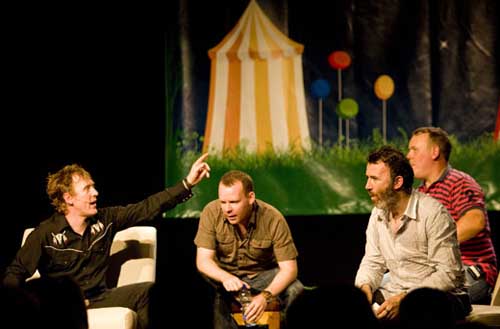 CARLSBERG COMEDY CARNIVAL 2009 IS LAUNCHED
Earlier today, Thursday, 21st May, Carlsberg and Aiken Promotions announced the launch of Carlsberg Comedy Carnival, one of the most exciting events on the summer festival calendar with over 65 International and Irish giants of comedy, playing 40 shows over one unique carnival weekend. Carlsberg Comedy Carnival, named Best New Festival at the 2008 Irish Festival Awards, takes place over four days from the 23rd to the 26th July 2009 in the stunning setting of the exclusive Iveagh Gardens.

The Carlsberg Comedy Carnival features an impressive line-up of world-class comedians as well as a dynamic array of performance artists and musicians, plus great food, chilled beer and drinks in a vibrant, carnivalesque surrounding. Whilst tickets are sold on a show by show basis starting from just â‚¬23, comedy fans across the country can use their ticket as a festival pass for the full day to soak up the entertainment, atmosphere and the setting for the ultimate day out including; picnic areas, the Carlsberg Deck and Carlsberg â€˜Câ€™ Lounge – in their own private park! 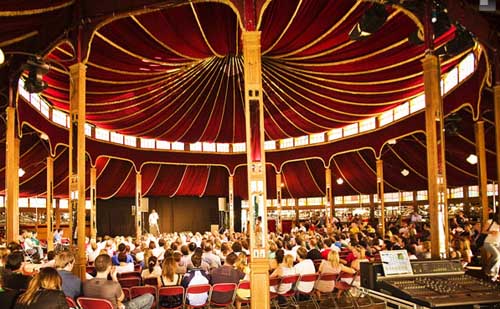 Speaking at the launch earlier today, Julie Allman, Brand Manager, Carlsberg said, â€œWeâ€™re delighted that Des Bishop, PJ Gallagher and Andrew Maxwell could join us for the launch. Carlsberg Comedy Carnival is a unique event where the best in stand-up and improv comedy, musicians, street performers and great food all come together in the intimate setting of the Iveagh Gardens. This year we are particularly excited to have a very special Irish debut of the 25 piece live music sensations â€˜Carnival Collectiveâ€™ giving festival goers even more to enjoy!â€

The shows will be performed in four magnificent, fully-seated, purpose-built venues, including the impressive and atmospheric Iveagh Theatre tent, the Carlsberg Comedy Carousel, the intimate Shack and the stunning Magic Mirrors Palace, a Spiegeltent, which is being shipped in from Belgium.

Tickets go on sale on Monday, 25th May and will be available from www.ticketmaster.ie, the booking line 0818 719300, and all usual outlets. Tickets for the event will be sold on a show by show basis.