Los Angeles based trio Foster The People will celebrated the release of ‘Torches’ in the U.S with a top 10 chart debut. 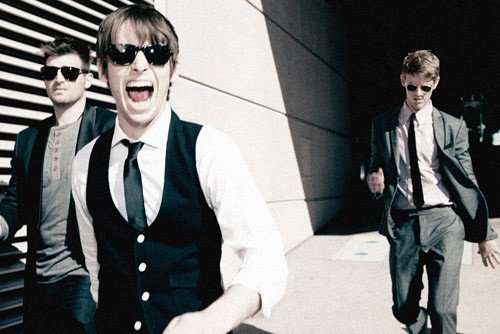 The band, whose single ‘Pumped Up Kicks’ is currently # 2 on the alternative charts in America, made appearances on ABC’s Jimmy Kimmel Live!, The Tonight Show with Jay Leno and Last Call with Carson Daly in the week leading up to the release of the album.

With a sold-out summer U.S tour underway, the band have announced an autumn tour with another round of headlining dates. Kicking off with a performance at Austin City Limits, trailing across North America and back, the band will hit some new cities including Orlando, Indianapolis, Fargo and more.

The band will release ‘Torches’ in the UK on Monday 27th June with the single ‘Pumped Up Kicks’ out Monday 20th June.
Foster The People is Mark Foster, Cubbie Fink and Mark Pontius. www.fosterthepeople.com