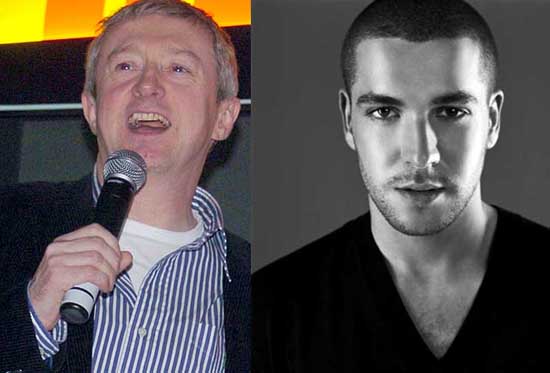 By Andrea Clarke
Photo by Fabrizio Belluschi
FORMER X Factor winner Shayne Ward has backed the reinstatement of Louis Walsh on the hit talent show.
The singer says the permanent sacking of the Irish judge would have been disastrous.
Louis reappearance was screened on ITV at the weekend and was watched by 10.7 million viewers.
Shayne said: “They wanted something new so they thought they’d try new judges and change around the set, and Louis did get axed – I know because he was gutted.
“But now that he’s back, it’s great – the show wouldn’t have worked without him. He’s done it for three years with Sharon Osbourne and Simon Cowell and it was a winning formula”.
The 22-year-old won the competition back in 2005 and is now getting ready to release his second album.
“It was very serious before with the first album”, he told ilikemusic.com.
“I want to show people my personality, a lot the second album definitely reflects that, so that’s why I’m excited about it because I’m having a lot of fun and this record shows that”.
The star, who’s mother is Irish, releases the double A side single, No U Hang Up and If That’s OK With You, on September 24 and hopes fans likes his new style.
He said: “The sound is absolutely brilliant. I’m very excited about it, because since the first album was made of ballads, the second one is a big leap.
“It’s me stepping me up to the next level. Everyone’s going to really enjoy this album”.
And despite the sacking of his mentor, Shayne has a “mutual respect” for Simon Cowell.
“I’ve got a lot of respect for him and he’s got a lot of respect for me, which is great”.
He added: “It’s great to know that I’ve got that much say now; he knows how passionate I am about this and I know how passionate he is about it too, so it’s great to work with Simon because he’s inspirational”.