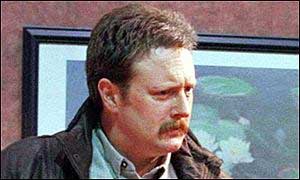 By Andrea Clarke
FORMER Coronation Street star Charles Lawson is set to walk the cobbles once again as Jim McDonald but without his trademark moustache.
The County Fermanagh actor, who played the fiery Belfast man for over a decade, canâ€™t wait to return, minus the â€œtashâ€.
â€œI had 10 years of that tash and it’s not coming backâ€, he said.
â€œWhen I first got Coronation Street I had just done a part where I had to have a moustache and when the producers saw me they said for me to keep it and that was it – I was stuck with itâ€.
Charles left the soap seven years ago when his character was jailed for murdering drug dealer Jez Quigley and his Christmas return could spell trouble for his former wife Liz McDonald.
â€œI don’t know yet what the storyline will be but it’ll be a bigâ€, he revealed.
â€œI don’t think they would bring Jim back for a pint in the Rovers.
â€œHe was given eight years, which means that he would be out in four, so he could have been out for a yearâ€.
The 48-year-old, who is starring as the evil Abanazar in Aladdin at Stockport Plaza this December, has signed a three month contract with Corrie and begins filming in October.
And Charles says if asked he would stay on the Street.
â€œIt would be rude not to. It’s an incredibly tough business, especially when you get to my age.
â€œI don’t think some of the youngsters are aware of what a difficult profession it is.
â€œIt’s very nice to come from school and go into Coronation Street, but it’s a tough old gameâ€.
Â©INK WELL PEOPLE