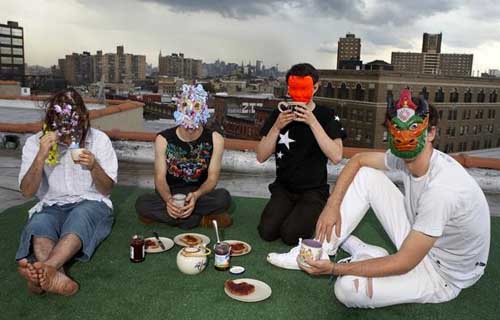 Calling all bands and artists â€“ the Green Man needs YOU!
Fancy being the first band to play at Green Man 2009, standing on the main stage on Friday August 21st as the sun beats down over the Black Mountains and opening the festival with one of YOUR songs in front of thousands of people?
My Girls

How about sharing the bill Animal Collective, Jarvis Cocker, Wilco, Bon Iver and Grizzly Bear, getting airplay on Green Man YouTube for a year, having an opportunity of being included in the festival promotion and press such as giving interviews to Radio 1 and the BBC, or being featured in the esteemed publications and websites such as Mojo, Guardian, NME and Drowned in Sound as well as the many others that follow Green Man?

What if we threw in 6 pairs of free Green Man tickets for your family and friends to witness your big moment live on stage, just for good measure?

Sounds good, right?
Well forget X Factor and all those rubbish TV talent shows – Green Poll 2009 is here and the search is on to find the best new band or act to get the Green Man party started!

How can I enter?
Itâ€™s easy! We are asking signed or unsigned acts to register on our special Green Poll microsite and upload a YouTube or MySpace video of your band performing a song. Anyone can enter as long as they do so before June 29 â€“ better get your skates on!

What happens next?
The music-loving Green Man public will choose their favourite bands in two nail-biting rounds of voting. The top 6 acts then go through to a live Battle of the Bands final at The Camden Monarch, in London, on July 23rd where a panel of top music industry boffins will pick one lucky winner to open Green Man 2009!

Whatâ€™s the catch?
Thereâ€™s no catch my friends, itâ€™s as easy as one, two, three. To recap:

How can I vote?
The winning band / artist will open the Festival on the main stage on Friday 21st August.

What if I want to cheat?
Cheats never beat so donâ€™t you even bother! Every single vote really counts and the Green poll site will be constantly monitored for irregular or suspicious voting patterns – any underhand activities will lead to automatic disqualification. What do you think this is, the Eurovision Song Contest?

Is there a limit on how often I can vote?
Each user is limited to one vote per day.

Good luck â€“ may the spirit of the Green Man be with you!
www.thegreenmanfestival.co.uk/greenpoll