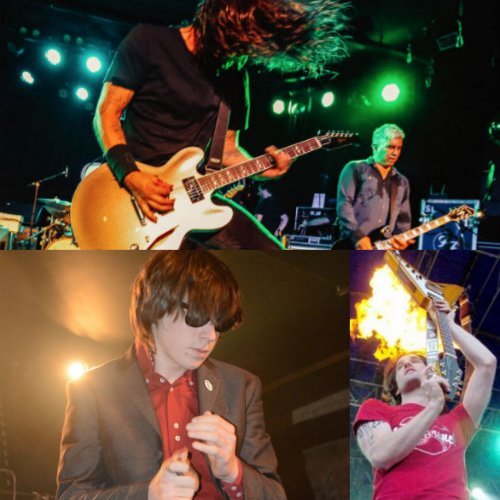 Northern Irish trio Ash and Cavan blues rockers The Strypes will join the mighty Foo Fighters with Hozier and Kaiser Chiefs at the iconic Slane Castle on Saturday 30th May.

Foo Fighters won ‘Best International Group’ at last months Brit Awards, in the same week that they celebrated their twentieth anniversary as a live band.

Hozier was nominated for a Grammy Award for his worldwide smash ‘Take Me To Church’, for International Solo Artist at The Brit Awards and won Best Album at The European Border Breakers Awards 2015. Hozier performed live at The Victoria’s Secret Fashion Show 2014 and at The Grammy Awards 2015.

Cavan rock band The Strypes released their impressive debut album ‘Snapshot’ in 2013 where it reached #2 in Ireland and #4 in the UK charts. Since then, the band have supported Arctic Monkeys on a UK and European tour and have headlined Irish, European and US tours…


Tickets priced €79.50 inclusive of booking fee are on sale now

Tickets are limited to 8 per person. Under 16s must be accompanied by parent / guardian aged 25 or over. Subject to licence.
VIP TICKETS

Rock it out in the Official VIP Castle Compound