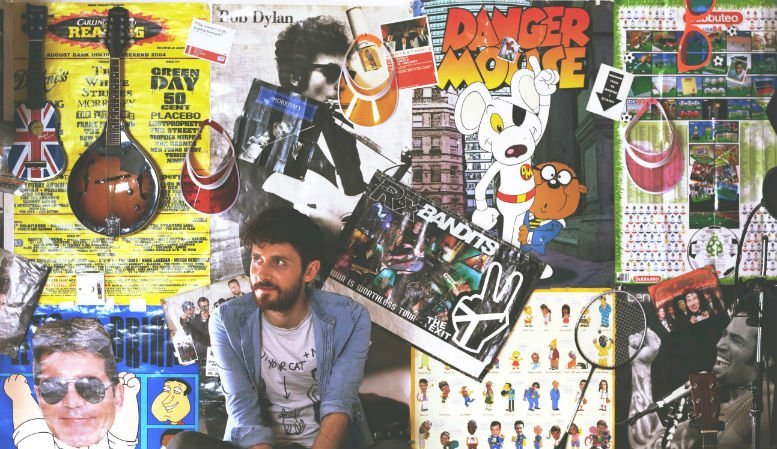 The video features the talented singer/songwriter’s journey home – via London’s night tube – after a night out…”The whole thing fascinates me – reveals Frank – People are weird enough without alcohol, loud music and a roomful of sexual tension…I love getting messy as much as the next person, but I often wonder what aliens would think if they landed on Clapham High Street at midnight on a Saturday”.

On ‘Songs To Make Life Slightly Less Awkward’, which was recorded in his living room (but co-produced with James Earp + mastered by Robin Schmidt), the London based wordsmith says: “The album is basically a self-help guide masquerading as an indie-pop record”

“Most artists dream of plush studios – adds Frank – but I’d sooner be able to roll out of bed at 4am, make a cuppa and record some vocals when no-one else is around…From a sonic point of view I hope it feels like the album was born in my bedroom, grew up in my lounge and then finished in a nice studio by professionals who actually know what they’re doing”.

The album also include the cleverly charming pop number about addiction ‘LoveDrug’.