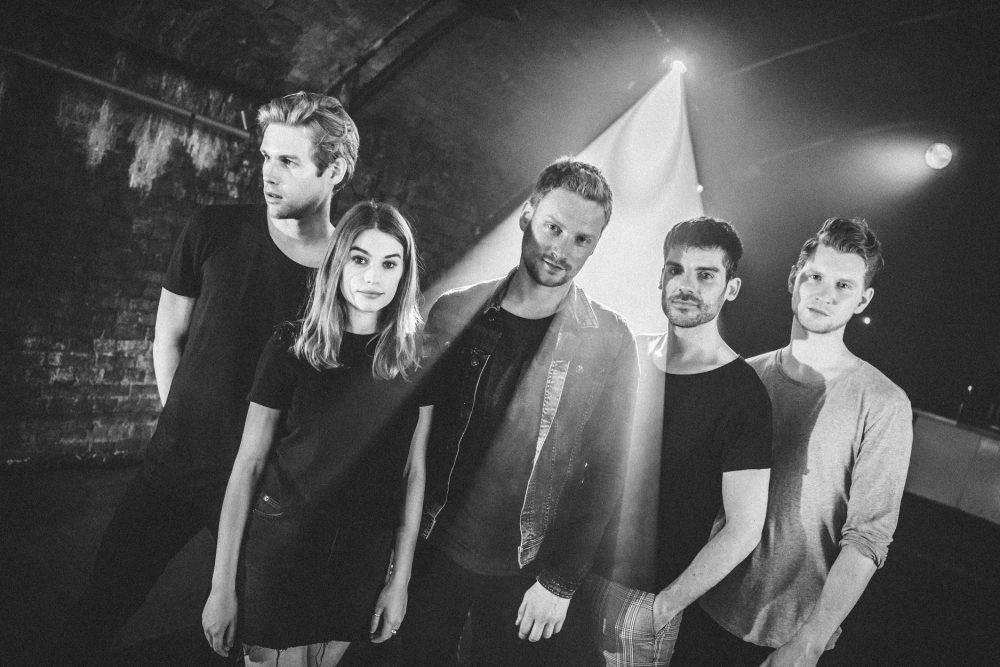 Jo Milne (guitarist) explains: “We’ve always known we can write anthemic and upbeat tracks it’s just that when we did the last EP it was the slower, more brooding songs that were coming out easier for us. The EP (their last EP ‘All In The Mind’) had been well received but it didn’t show the upbeat capabilities of the band. Paul had the riff for quite a while but we’d never done anything with it although the track came about really quickly in the studio…We’ve experimented a lot more with these news tracks. They’re a lot richer in sound with more going on. We got really creative with drum machines and synths and Cam [producer] had really interesting pedals to play guitars through which is great for guitarists but not so much if you’re not!”.

Jerome (vocals) adds: “We wanted to give ourselves the challenge to write something immediate, to release something more vibrant and grab the listeners attention. As a band you have to challenge yourself and do things out of your comfort zone.”

On the idea behind the track…’a deep sense of regret over recent issues that have taken place in the UK’…Jerome (vocals) reveals: “I try to write lyrics that represent the ideas of the band as a whole. After Brexit, I had a feeling of being displaced and disillusioned with the result. We’re not a political band but we have strong morals and it was hard to wake up to the decision that the country had made to become more insular.”