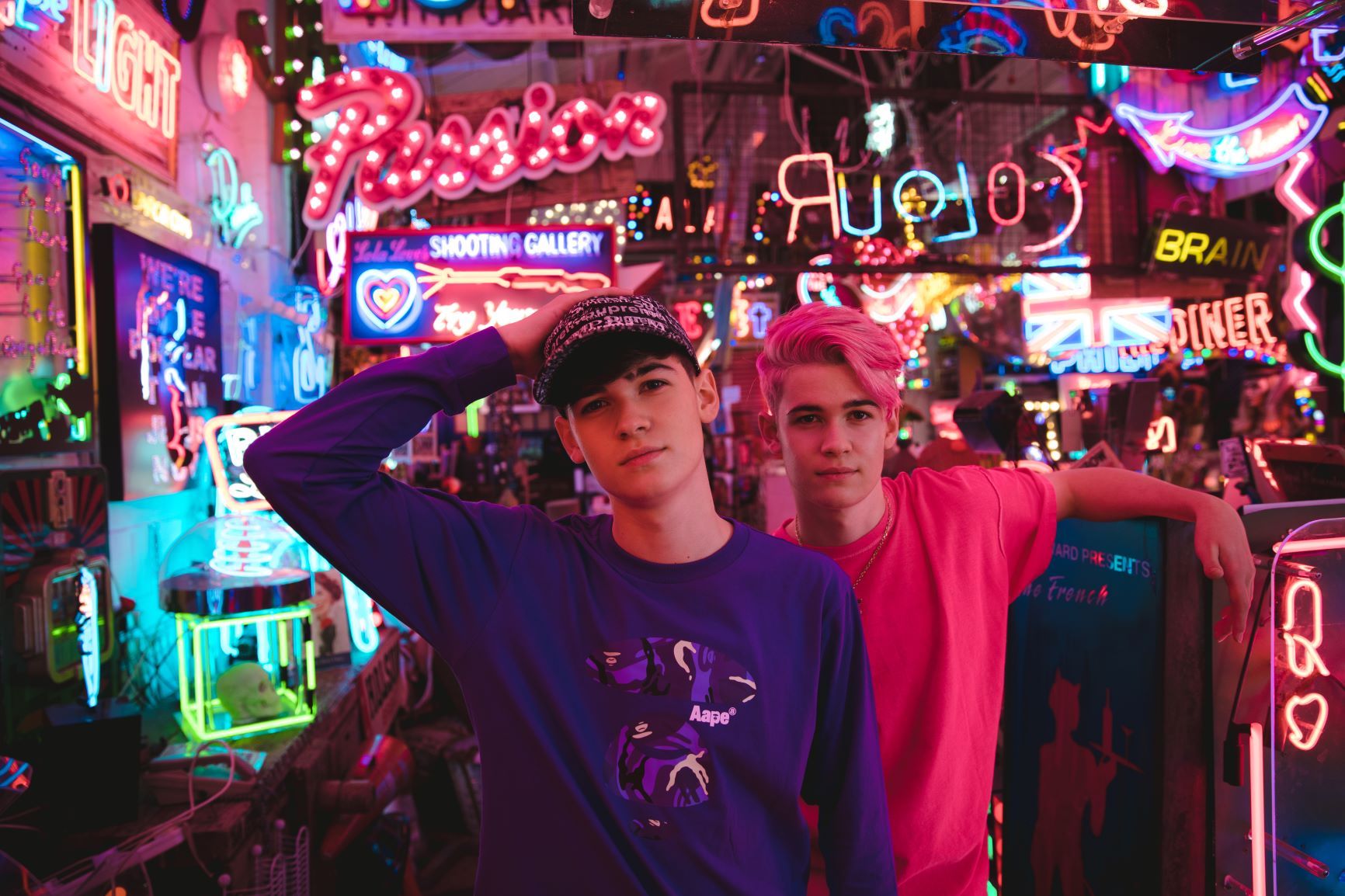 Social media stars and last year’s X Factor Celebrity finalists Max and Harvey have released a brand-new single, Worry A Little Less, out now, via Frtyfve Records. With a positive message that everything is going to be alright, Worry A Little Less is what we all need right now. It’s a feel-good anthem with a killer hook and big energy and get the thumbs up from us.

Worry A Little Less is their first single of 2020, which despite all the setbacks caused by COVID, has still been a busy year for 17-year old TikTok stars. They kicked off things in style with a huge sell out UK tour in January, which included six shows across the country. During lockdown the boys organized a mammoth 24-hour livestream fundraiser, raising over £8000 for charity.  They also used the time to focus on writing music, their first opportunity to do so, since before going on X Factor. The boys also had to learn how to use a professional TV standard camera so they were able to film the new series of their CBBC TV show – FOMO, at home (currently airing every Saturday on CBBC).  On top of this they also began work on their first ever podcast –School Daze with Max and Harvey. The Spotify original which launched on 17 November, airs every Tuesday and Friday and sees the boys tackling the culture of the schoolyard with the help of their family, friends and fans.

Plus, they’ve also announced a new UK 10-date tour –This is Not a Phase for August 2021, dates below.

‘Worry A Little Less’ is out now! https://frtyfve.lnk.to/WorryALittleLess