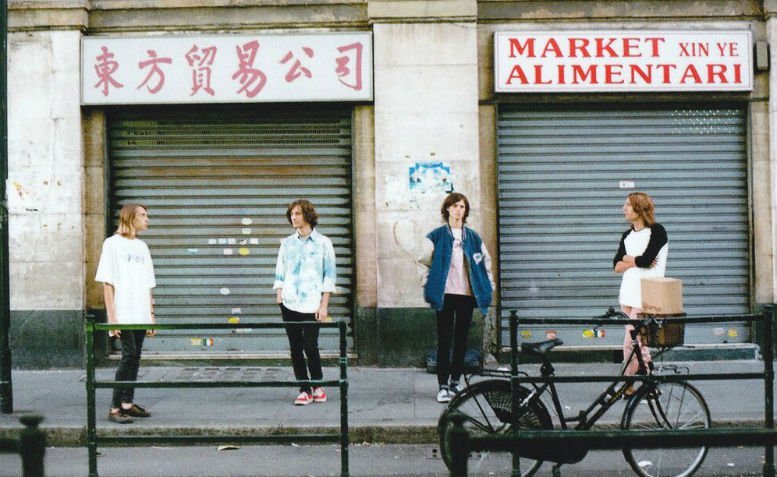 Turin-based, Lo-Fi Psychedelic quartet The Yellow Traffic Light – Lanotte Jacopo (guitar and vocals), Lorenzo Avataneo (bass and vocals), Luca Chiorra (drums) , Federico Mariani (guitar and keyboard) – present their second EP ‘To Fade At Dusk’, a darkly intriguing and rather reflective offering, which is the suitable follow up to their debut EP ‘Dreamless’.

Can you tell us 5 things we should know about ‘To Fade At Dusk’?

Shoegaze guitar-driven songs with a bit of dark new-wave influence.

A twist of psychedelic background and kraut-rock rhythmics with 90’s Us indie-rock sounds.

More introspective and deep-inspired lyrics than the previous EP ‘Dreamless’.

Why did you call your project The Yellow Traffic Light?

The Yellow Traffic Light comes out from Luca’s (the drummer) theory about the Traffic Light as a symbolic object: when people are about to cross a street and the traffic light turns from Green into yellow we can see two different behaviors: there could be the ones who uncarefully would cross it, revealing their thoughtlessness about problems and life obstacles, others, instead who would prefer not to, proving their existential difficulty on troubles of life, in front of men’s inner fears and so on.

When we are putting together ideas composing a song, the main melodic-lines of it usually are thought by Jacopo (the singer and guitarist). He writes the lyrics too and then rehearsing we
add rhythm patterns sometimes changing or modifying the structures of the primary Jacopo’s inspirations.

Inspirations come from reality and imagination together. Sometimes lyrics inspiration overlaps itself on music suggestions (like listening to an artist rather than to a particular music genre and imagery) sometimes instead they are two separate processes. Our landmark is obviously nineties culture as a whole, but even we are inspired by psychedelic imaginary directly from the seventies. 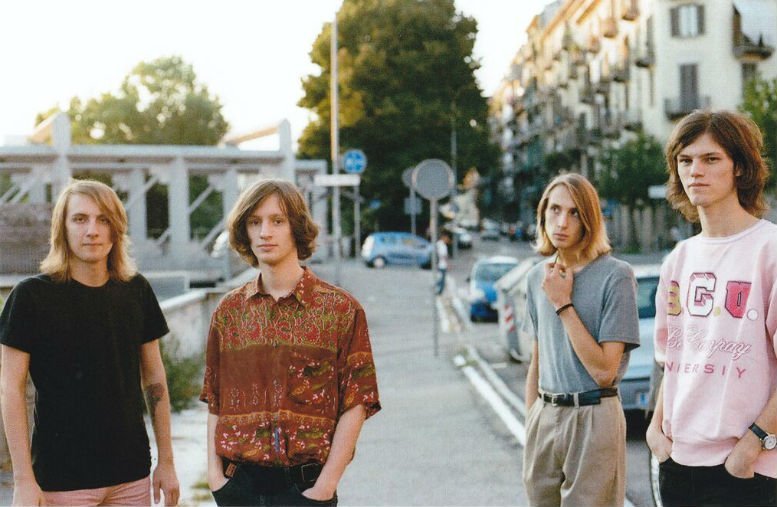 We hope surely to play more and more live shows, bringing our music outside our country, especially in foreign places, first of all U.S.A. and England, our landmark lands. We also look forward to having new musical experiences like recording a full-length album in a professional studio, achieving the aim of making music as a part of our future work-life time.

We are deeply inspired by 90’s shoegaze bands like Ride, Adorable, Slowdive etc.. but also we have a great interest in new musical projects like Diiv, Tame Impala, Toy, Cheathas, that mix together psychedelia, garage, alternative US rock, kraut stuff and new wave. That’s the way we wanna work on music, intended as a permanent creative process of reworking.

How do you sell ‘To Fade At Dusk’ to someone unfamiliar with your sound?

Difficult question really! We honestly never wondered about it. Anyway, we are sure that’s our music by itself that conveys its powerful message. Obviously making videos, shooting photos, trying to communicate with other filters could help to make the thing more easy to be understood.

Of course two: Tame Impala (even if the last album is not among our favorites) first of all. Secondly, we put together DIIV (from captured tracks), Toy and King Gizzard and the Lyzard Wizard (both from Eveline Record).

In the next few months we are engaging in a small tour around some Italian cities spread all over our country (we have on plan Florence, Rome, Milan, Catania, Messina, Ravenna), but we are hopeful to bid to be on stage for foreign gigs and experiences, meanwhile we keep on playing and writing songs together like in the old times when the project began. Things we know are changed since then, but in a positive and a great way, so we hope once again to make our project growing wider and wider. We’ll see!