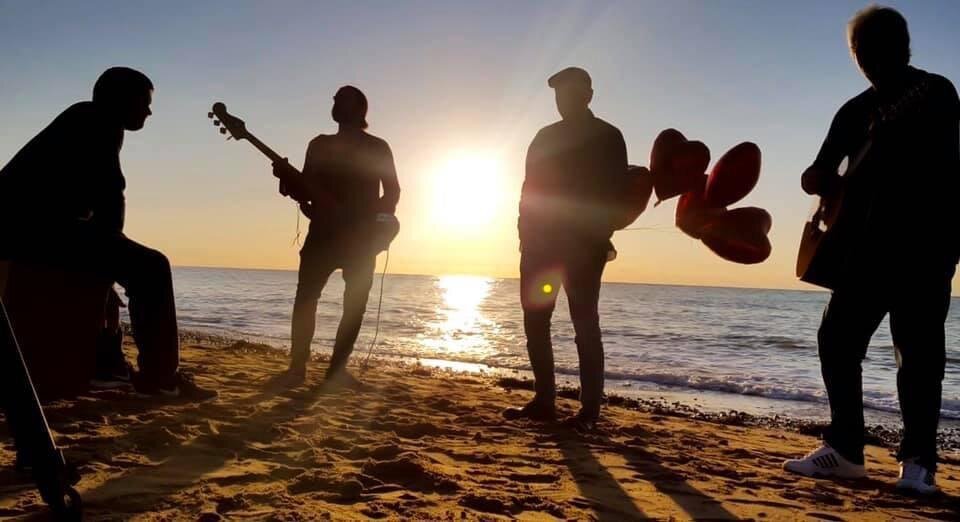 We are The Very Lazy Sundays- There’s four of us, Pete on Cajon/BV”s, George on Lead Guitar, Dunk on Bass/BV’s and Diyar on vocals.

What’s your new single ‘Sometimes A Broken Heart’ all about?

It’s about the process of dealing with heartbreak

What advice would you give someone with a broken heart?

We can tell you what not to do haha!…Got a manual on that!

Long story short we were all playing in different bands but regularly played the same venues.  We started collaborating here and there and really enjoyed it.  Eventually we fully joined forces and became The Very Lazy Sundays in Autumn 2017.

George jumped at this question and stared the rest of us down… so we’ll go with his answer.. Paul McCartney. (It’s not like he’s obsessed or anything)

We’re going to be working on our second single, and also practicing like crazy for our big end of year gig.  It’s on December 8th at The David Evans Court Theatre in Tring.  If you’re thinking about coming to see us live this is the gig to come to.  We’ll be recording it all as a live album and will be doing one-off arrangements of some Very Lazy classics, featuring some very special guests, which we’re really excited about!! Any funds raised are going to the recording of a full Studio Album next year.

Where can we find you online

We’re on all the obvious platforms, spotify, soundcloud, Bandcamp, Youtube. It’s probably best to find us on Facebook first, give us a cheeky like and you can then link out to all our other online bits from there… facebook.com/theverylazysundays

Come see us at Pendley on December 8th!! Also big thank you to all those folk who have supported us, venues, promoters, gig goers, open mic hosts, fellow musicians, studio whizz’s much love to you all- you know who you are x