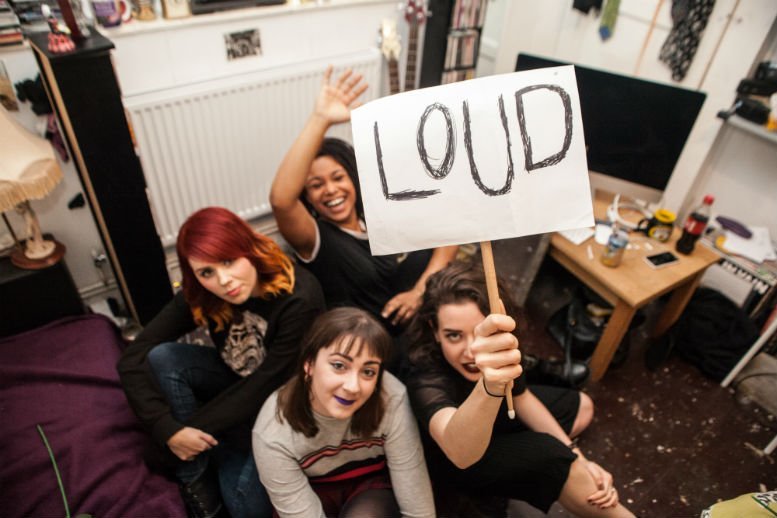 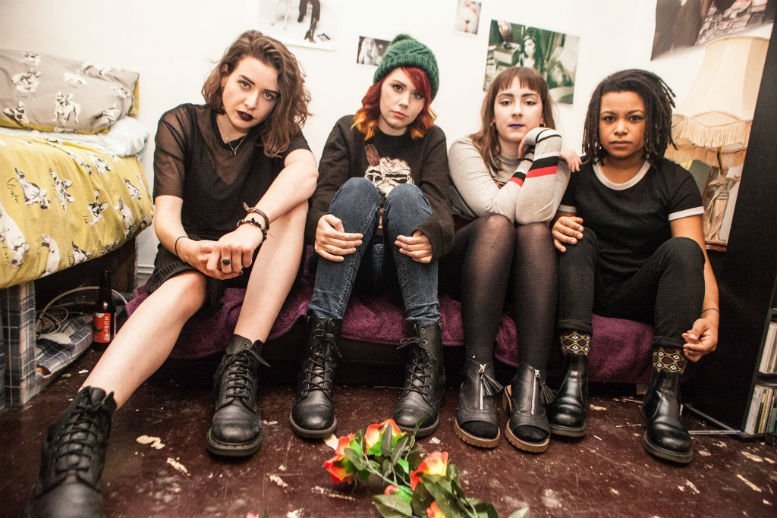 London based fiercely engaging four-piece, The Nyx, led by Simone Picknett and Becky Wixon (vocals and guitars) with Ruby Rose Lee (bass) and Collette Williams (drums), open up to FM about their explosive debut self-titled EP – out on 21st April via Rumours Music – and share their thoughts on making music with a purpose and delivering it with the right attitude, emotion and raw authenticity…Welcome to The Nyx’ World.

Hi The Nyx! How are you today?

We are excellent thank you.

We’ve seen a fair few female bands coming out of the woodwork recently – what makes you guys different?

I wonder if our male counterparts get asked this question…

It’s great to see that more female musicians and female bands are forming, the music business is an extremely male dominated industry. We need to let people know that ‘girl bands’ are not a novelty, we are here to stay. In answer to your question, I think it’s not only our commitment to our music, but also our commitment to our cause that sets us apart. We’re honest people that write honest music.

Tell us about your EP ‘The Nyx’?

‘The Nyx’ is our first (self-titled) EP, which contains four songs ‘Home’, ‘Hideaway’, ‘Fire Breathing Lady’ and ‘Myself’, these are songs about being free, being caged, being angry, being powerful, being happy, being confused, being yourself – it’s about being a modern women and a modern human. That sounded cheesy but it’s true and I didn’t know how else to answer this question…

Becky and I met in a field somewhere when we were 15 and drunk (to this day, I still can’t shot vodka as a result…), Becky met Simone at a party a few years later, then Becky had the idea to start a girl band and thus formed the embryonic version of The Nyx – Rouge – our old band.

This is such a hard question to answer because we have such an eclectic mixture of influences, from the feminist Rastafarian beats of Jah9 to the punk rock sounds of Bikini Kill. Throw in a bit of Drenge, Hole, Garbage and Queens of the Stone Age and I guess you have a few of the ingredients of our sound. It’s not just the musicians that are influential though, powerful people like Malala Yousafzai, Rosa Parks, they all play an important part of inspiring our sound and our message.

Any funny / weird experiences you’ve had as a band so far?

Every time we hang out is a funny / weird experience to be fair… But if I had to pick just one…the other week were in a London council estate, filming a scene for a video for one of our singles ‘Fire Breathing Lady’, and half way through a shot someone randomly starting throwing eggs at us from a window, what started as a joke kind of turned into a game of ‘dodge-egg’. Was pretty weird, but also hilarious, and such a waste of eggs…