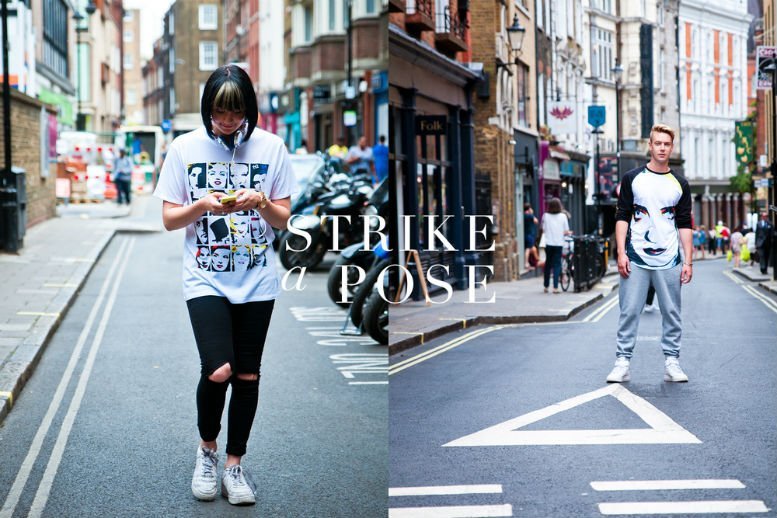 Strike A Pose is a unique range of products combining art and fashion, including tote bags, silk scarves and pocket square. 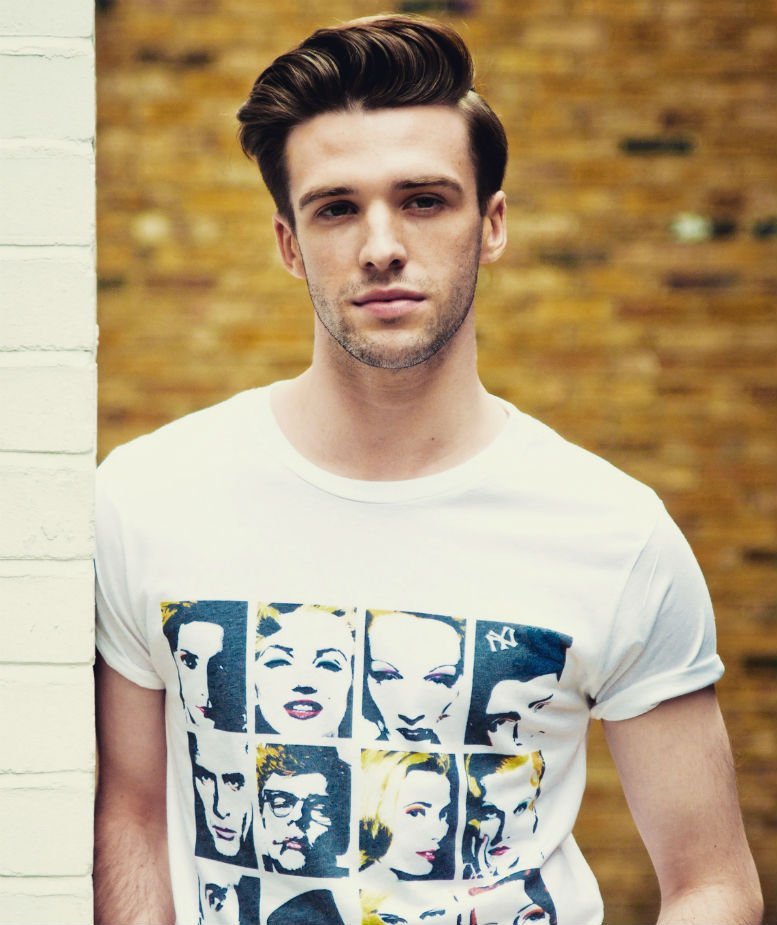 The T-Shirts are made from responsibly sourced 100% poly and are endorsed by the Global Recycle Standard and Fair Wear Foundation. Each shirt is made on average from 7 used plastic bottles…

The brand, Strike A Pose, was launched in September 2015. At the moment it is a web based selling platform, strikeapose-art.com, but I am planning to expand into retail outlets in 2016.

I spent 20 years of my life as the creative director of various marketing and advertising agencies, so putting a photoshoot and website together was reasonably straightforward. The next challenge is getting the product in front of the ‘right people’ and in a competitive marketplace that is a tough task. So I have hired a PR guru to help me launch the brand to appropriate retailers and buyers both here and in LA.

Who are your style/fashion and non-fashion influences?

It would be impossible to launch a range of T-Shirts and not be influenced by the enormous success of Katherine Hamnett.

Yves Saint Laurent. He used his surroundings for colour and pattern inspiration. His home and the stunning Majorelle gardens in Marrakech inspired his collections over the years, maybe the first commercial example of wearable art?

In June I went to an exhibition of Wearable Art in Los Angeles and that had a profound influence on me to look at my paintings & photographs working as fashion items rather than an image on canvas.

Andy Warhol has to a major influence on my pop art portraits. I am also inspired and influenced by music. When I am working I like to listen to Bowie, Kate Bush, Boy George and other creative geniuses and try and absorb their energy. 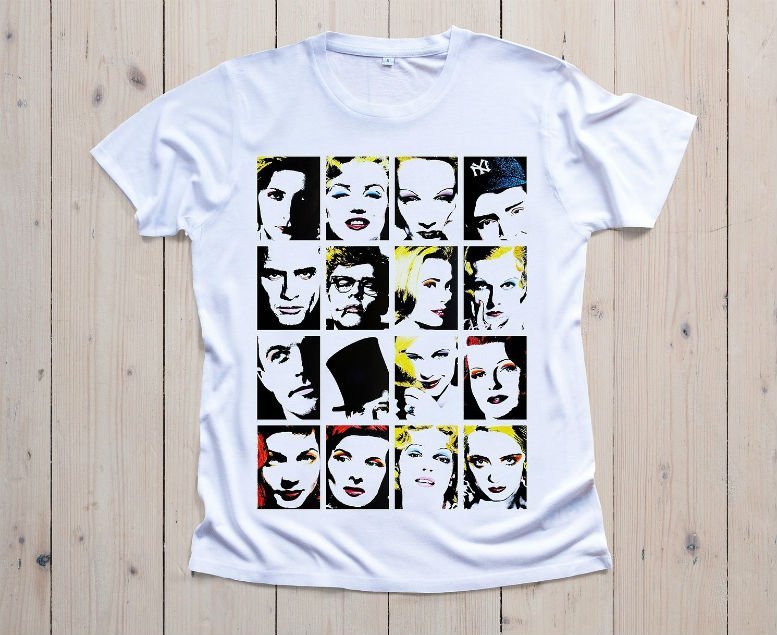 I am already in collaboration with the collage artist, Clare Whiting and also a young fashion designer, Patrick McDowell. Maybe a Philip Treacy hat with my images would be nice!

I think it is important not to work in isolation but to be part of a creative group. I have friends who are writers, film makers, actors, artists, designers etc and it is wonderful to get together to discuss ideas and projects, pushing each other forward.

What is your biggest success to date?

My biggest success has to be getting the project to a stage when the website was launched and creating a following through social media.

However, with the right PR, there are as yet unknown achievements to be discovered in 2016.

Can you tell us a bit about the process involved in creating your film star portraits?

The portraits are painted using ink on photographic paper.

I eventually settled on the 16 icons name-checked in Madonna’s Vogue rap as it encapsulated the golden era of Hollywood I wanted to paint.

The T-Shirts are available with the full 16 images or as individual portraits. 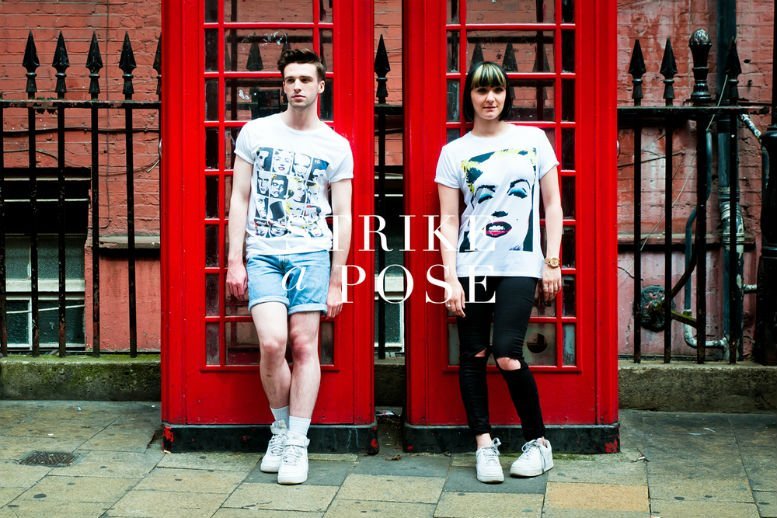 What motivated you to use recycled polyester in your t shirts?

I recommend that anyone reading this should watch Jake Sumners’ film The Plastic Age on YouTube and think about how we need to change our retail and purchasing attitudes.

As a direct response to that piece of writing and filmmaking I am really proud that my T-Shirts are made from recycled plastic.

Do you have any plans for more design that combines art and fashion?

Absolutely, as far as Strike A Pose is concerned I am already working on bags, scarves, silk squares, bespoke shirts and evening wear. I am also also developing a range of interiors decorations such as wallpaper, cushion covers, shower curtains and china.

Also, I am currently working on a series of paintings inspired by my visits to Marrakech, which I hope to launch as a collection of scarves.

I have also produced a series of mixed media (painting & collage) images with Clare Whiting entitled LA Stories. We are currently exploring how to use these images as wearable art.

So plenty to come!

As a DJ I listen to an eclectic mix of music.

Although my musical taste does not begin with the 70’s and end with the 80’s most of the music I listen to today have their roots firmly established in that era.